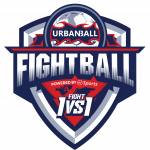 WHAT:                France’s Séan Garnier, one of the top freestyle footballers in the world, is coming to Miami November 6 – 9  to put on a street soccer display never seen before, introducing South Florida to the world of Fightball.

Fightball is a competitive 1v1 street soccer battle requiring a blend of technical soccer skills, defense, and endurance to win. The tournaments are open to the public to sign up and will be held in various soccer facilities in Miami, Orlando and Tampa as well as internationally leading up to the finale. In addition to advancing in the tournament, Séan is putting cash prizes up for grabs for the winners, as well as a ticket to Dubai for the overall South Florida winner to attend the upcoming Fightball World Final.

WHO:                  Nobody in the world of freestyle street soccer is more skilled than Séan. He’s a former 2x Red Bull Street Style World Champion – the highest achievement in the sport – and a global ambassador for the urban art of freestyle football.

The celebrity game will also feature stars from the world of pro soccer, street soccer, and the NFL, including: