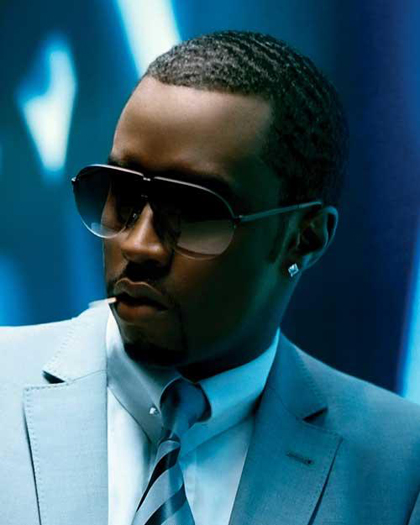 Music- and business-mogul Sean “Diddy” Combs began his career as an intern at New York’s Uptown Records. Quickly becoming an executive, Combs was instrumental in developing Jodeci and signing and producing Mary J. Blige. In 1993, after being fired from Uptown, Combs established Bad Boy Records, and signed artists such as The Notorious B.I.G. and produced records for artists such as Usher, Lil’ Kim, TLC, Mariah Carey, Boyz II Men, Aretha Franklin, and others. In 1997, Combs recorded his first commercial album and his debut single, “Can’t Nobody Hold Me Down” spent six weeks at #1 on the Billboard Hot 100. His debut album, No Way Out was a #1 album and won the 1998 Grammy Award for best rap album. His second single, “I’ll Be Missing You,” in memory of The Notorious B.I.G., debuted at #1 on the Billboard Hot 100. Combs’ last release was his 2006 album Press Play which reached number one on its first week in the charts. On June 29, 2010, “Diddy” plans to release his sixth studio album Last Train to Paris.