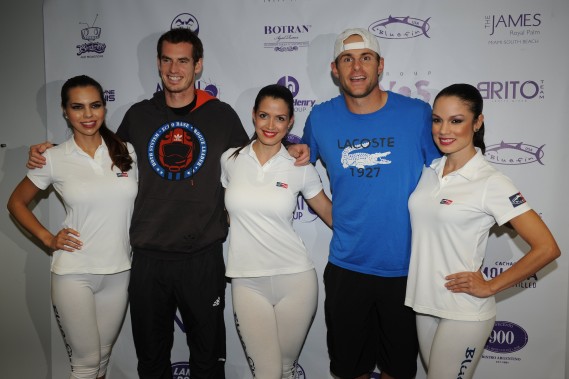 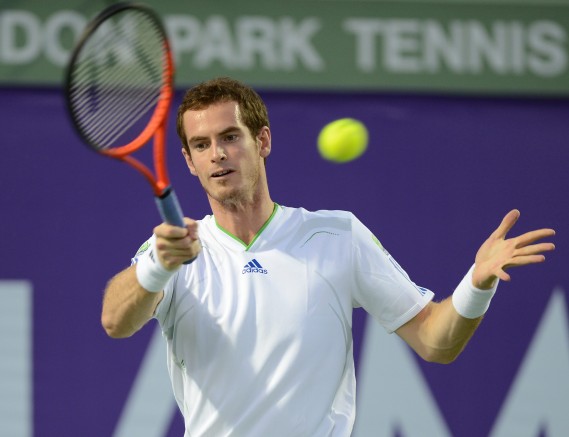 Andy Murray and Andy Roddick took part in an afternoon 12 and under coaching clinic before returning to the locker room to prepare for the day’s spectacle.  Roddick, known for his on-court antics, taunted the crowd before serving the first point, which set the tone for what was to come.  “Are you tired yet?” he asked Murray after the first game. Roddick dominated Murray from the start of the first set, as Murray seemed sluggish around the court, compared to a grunting and aggressive Roddick.  Roddick won the majority of his first service points, which gave him a home-court advantage and Murray couldn’t seem to gain any type of lead with breaking Roddick’s serve.  Roddick broke two of Murray’s service games in the first set to take a 6-2 lead.  Despite Murray’s attempts to out-rally Roddick, the retired American gave fans a taste of his old baseline perseverance as he dug even deeper in to the second set to take it 6-3. 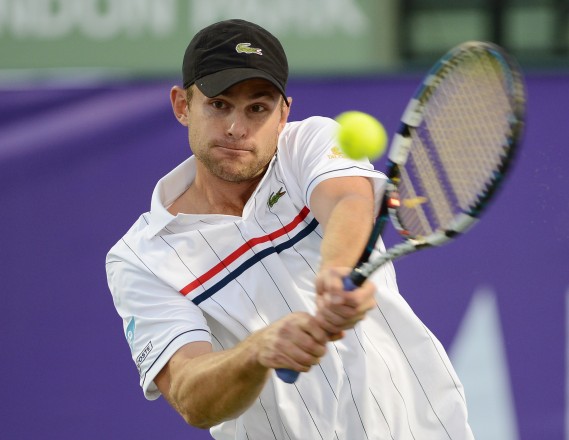 “I could feel Andy’s intimidation from his end of the court when he saw how round I’d become,” said Roddick, referring to the 4 pounds of weight gained since retiring. “I must admit, he didn’t look good at all,” Murray responded.  “If we had gone to three sets, I’m sure I would have had full body cramp,” Roddick smiled.  Murray may have admitted to taking it easy on Roddick, as the exhibition match marks the beginning of Murray’s training season towards the Australian Open.

Shortly after the tournament’s headline match, the top-ranked American, John Isner, took to the court against the world’s number 11 Nicolás Almagro in the other semi final.  The Spaniard edged past Isner 6-3 6-4 in roughly 90 minutes.

“I think I felt a little more comfortable than him on the court,” said Almagro.

The final of the Miami Tennis Cup will feature Andy Roddick against Nicolás Almagro on Sunday on Stadium Court starting at 5:00pm.