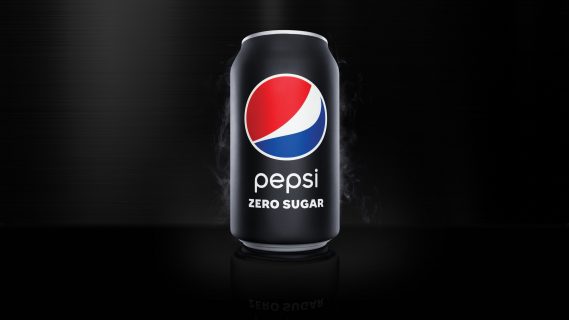 Pepsi Zero Sugar was one of the fastest growing soda brands in the U.S. in 20191 and it is primed for an even bigger year in 2020 with a new look and new attitude. Rolling out now, the newly-designed can with a matte black finish and a distinctive black tab houses the same refreshing, crisp taste of Pepsi that people love, without the sugar. To celebrate this, during Super Bowl LIV, Pepsi will give everyone in America free Pepsi Zero Sugar if the game ends in zero.

“At Pepsi, we are always looking for new ways to meet the evolving preferences of our consumers, and we know that people increasingly are looking for sugar-free options,” said Todd Kaplan, Vice President, Marketing, Pepsi.  “We’ve learned that once people discover the great taste of Pepsi Zero Sugar, they can’t get enough of it and keep going back for more. So we are going “all in” on Pepsi Zero Sugar this year and have created a bold, unapologetic new look to match its great taste, with a new matte black can and a black tab that will stand out anywhere.”

HERE ARE A NUMBER OF WAYS PEPSI IS BETTING ON ZERO in 2020: