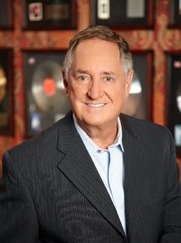 Legendary singer, songwriter and composer Neil Sedaka will take the stage in The Pavilion at Seminole Casino Coconut Creek on Saturday, March 30, at 8 p.m.
Tickets priced at $50/$65/$80 per person are on sale now via Ticketmaster locations, online at Ticketmaster.com, or by calling 800-653-8000. The Pavilion box office will also open at 1 p.m. on the day of the show for on-site ticket purchases and will-call pickup.
Since his music career began in 1957, Sedaka has sold over 40 million records as both an artist and as a songwriter, who has written or co-written over 500 songs.
A native of Brooklyn, New York and classically trained at Juilliard, Sedaka catapulted to stardom after Connie Francis recorded “Stupid Cupid,” written by Sedaka and Howard Greenfield. In addition to co-writing with Greenfield the title song for the 1960 MGM spring break classic, “Where the Boys Are,” Francis’ biggest hit, Sedaka would sign a recording contract with RCA/Victor and have equal success with the hit singles “The Diary,” “Oh! Carol,” “Calendar Girl,” “Little Devil,” “Happy Birthday Sweet Sixteen,” “Next Door To An Angel,” and the chart-topper “Breaking Up Is Hard To Do.” The songwriting duo of Sedaka/Greenfield sold over 25 million records between 1959 and 1963.
When the “British Invasion” made it difficult for American male solo artists to succeed, Sedaka prevailed as a songwriter, penning hit songs for Frank Sinatra (“The Hungry Years”), Elvis Presley (“Solitaire”), Tom Jones (“Puppet Man”), The Monkees (“When Love Comes Knocking At Your Door”) and The Fifth Dimension (“Workin’ on a Groovy Thing”).

Sedaka found enormous popularity in the UK with a string of critically praised albums that caught the attention of Elton John, who was riding the wave of his own success. Sir Elton would sign Sedaka to his new label Rocket Records and re-introduce him to American audiences.

The two albums recorded for Rocket, Sedaka’s Back in 1974 and The Hungry Years in 1975, became top selling albums globally. His comeback was further heralded by two of his songs co-written with Phil Cody; “Bad Blood” and the quintessential “Laughter in the Rain,” both reaching the number one position on the music charts.
“Breaking Up Is Hard To Do” was re-released as a ballad in 1975, and made music history by becoming the first song recorded in two different versions by the same artist to reach number one.

During this time, Captain and Tennille scored a worldwide number one hit and the Grammy for Record of the Year with Sedaka/Greenfield’s “Love Will Keep Us Together.” The line “Sedaka is back” can be heard as the song fades out.

As Sedaka celebrates his 80th birthday in March, he remains an active performer still playing his celebrated pop hits to sold out audiences worldwide.