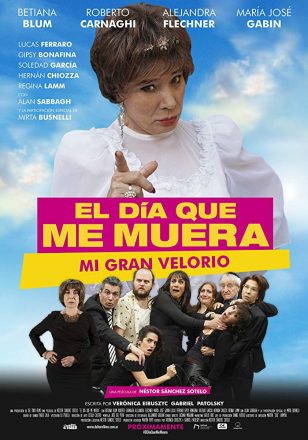 Saturday, March 21 at 8pm
My Amazing Funeral
(El día que me muera)
Directed by Néstor Sánchez Sotelo
Argentina | 90 minutes | 2019
Spanish with English subtitles
Due to much popular demand after two sold out screenings at MJFF 2020, we’re pleased to present a special encore of My Amazing Funeral (El día que me muera) as we kick-off our Best of the Fest series. In this uproariously slapstick Argentinean comedy, a controlling Jewish mother who hasn’t seen her grown children for many years devises a crazy scheme to get them all together again under her roof. But her innocent idea unleashes chaos, as things go from bad to worse in less time than it takes to spin a dreidel, in this hilarious look at familial relationships.
The Best of the Fest series is free for Members; tickets for non-Members are $10. If you would like to become a Member and experience the best of world cinema year-round click here.
Best of the Fest Presentation
Saturday, March 21 at 8pm
Michael-Ann Russell JCC
Buy Tickets