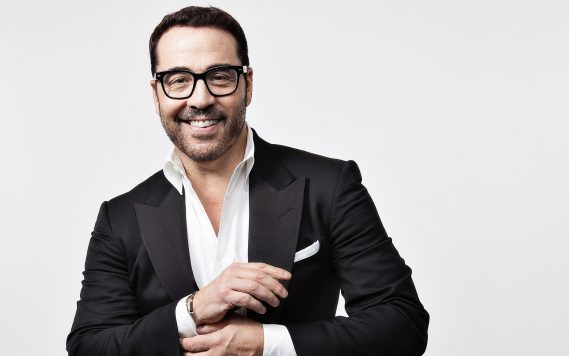 Tickets are on sale now. Guests at The Comedy Club must be at least 18 years of age. The Comedy Club has a two-drink minimum per ticket (non-alcoholic drinks qualify). For more information or to purchase tickets, please visit www.hrcomedyclub.com.

Jeremy Piven is best known for his iconic role of Ari Gold on the hit HBO series “Entourage.” Other television credits include “Wisdom of the Crowd” and “Mr. Selfridge.” Along with the film version of “Entourage,” Piven has also been featured in hit films “Sin City – A Dame to Kill For,” “Old School,” “Black Hawk Down,” “Serendipity,” “Very Bad Things,” “The Kingdom,” “Singles,” “Smokin Aces,” “RocknRolla” and “The Player.” Piven’s upcoming films include “Crabs in a Bucket” and “American Night.”

Labeled as ‘hard funny,’ Christopher Titus, star and creator of the FOX show “Titus,” has released eight 90-minute albums in as many years. Known for leaving no stone unturned, especially within his own life and family, Titus takes his audience on a ride that will leave them exhausted from laughter. Titus also wrote, directed and starred in the film “Special Unit.” Released in 2017, that film has won film awards and has been released in 68 countries.

From being a regular on FOX’s “Mad TV,” starring in feature films, appearing on several national talk shows and continually touring the country with his stand-up, Aries Spears’ talents have become recognized and appreciated throughout the entertainment industry. Other television credits include “A Different World,” “South of Sunset,” “Crosstown Traffic” and “Brisco County Jr.” Film credits include “Home of Angels,” “Out -of-Sync,” “Why Do Fools Fall In Love,” “The Pest” and “Jerry Maguire.”

“Saturday Night Live” alum, comedian, actor and bestselling author, Jay Mohr has been performing stand-up comedy since he was 16 years old. Along with rolls in hit films “Jerry Maguire” and “Picture Perfect,” Mohr’s bestselling book “Gasping for Airtime” is an honest look at his time on “SNL” and his battle with panic attacks. Mohr has appeared in 25 films and more than 50 different television shows including his starring role in the critically acclaimed sitcom “Gary Unmarried.” Stand up is still at the core of Mohr’s passion, and he was named one of Comedy Central’s “Top 100 Greatest Standup Comics of All Time.”

The Comedy Club is South Florida’s premier venue for stand-up comedy and hosts acclaimed comedians weekly, including top-name talent recognized on TV and streaming platforms. The new 400-seat venue offers a variety of seating including plush couches, family-style tables and highboys, and a full bar with light food options.