brought to you by The Glenster. 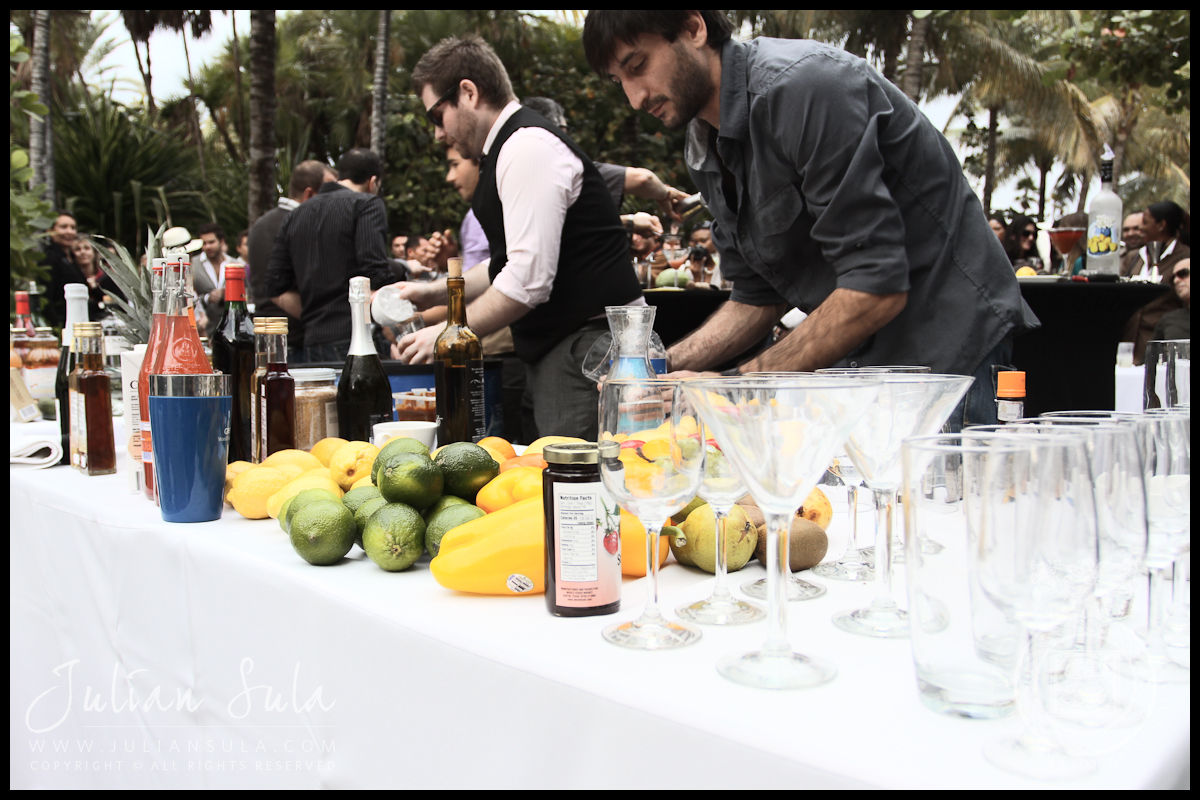 The SO BE ‘IT’ Report Card

Last week, I was glad to see an invite in my inbox for the Mixologist Masters Competition put on by Ocean Drive which took place Sunday at the Raleigh Hotel.

When I typically think of a mixing competition or mixologists, I think of a DJ competition.  I then wondered if perhaps some of my favorites like DJs Vidal, Sandman, Self Born, Joe Dert, Sub Zero, St. Albin, or Mateo would be mesmerizing a crowd into a wicked fist pumping frenzy.  But this type of mixing was of a different sort.  It was the 2010 Mixologists Competition to crown the champion cocktail creator in South Florida. 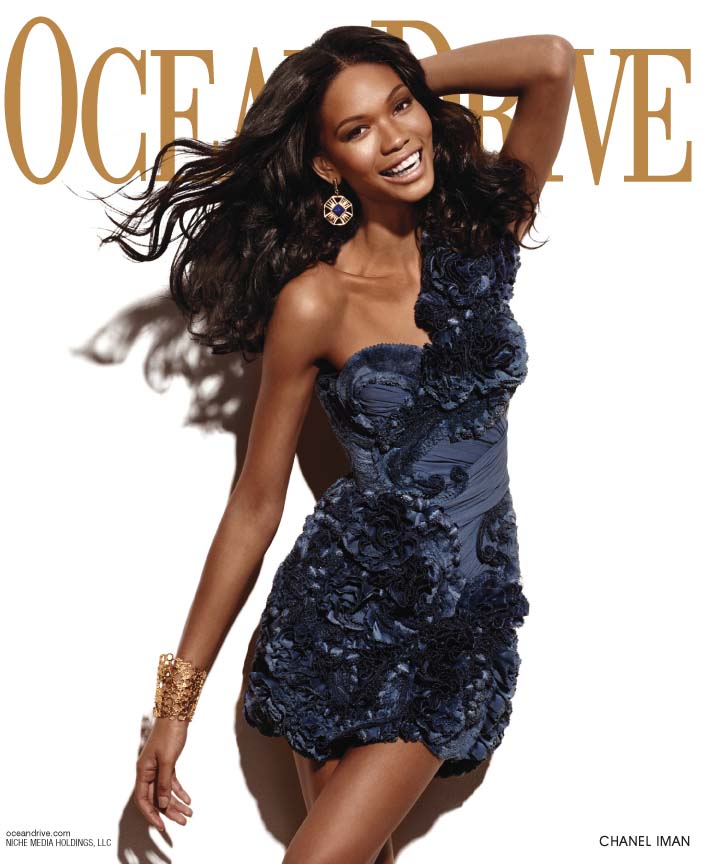 Ocean Drive Magazine and the United States Bartenders Guild managed to bring  together some of South Florida’s best beverage craftsman to compete for the South Florida title. To the winner goes the spoils which included a trip to New York, write up in Ocean Drive magazine, and bragging rights for the year. To become the Capo di tutti Capi, each had to whack their rivals in the previously held product category contest to make it to the finals. 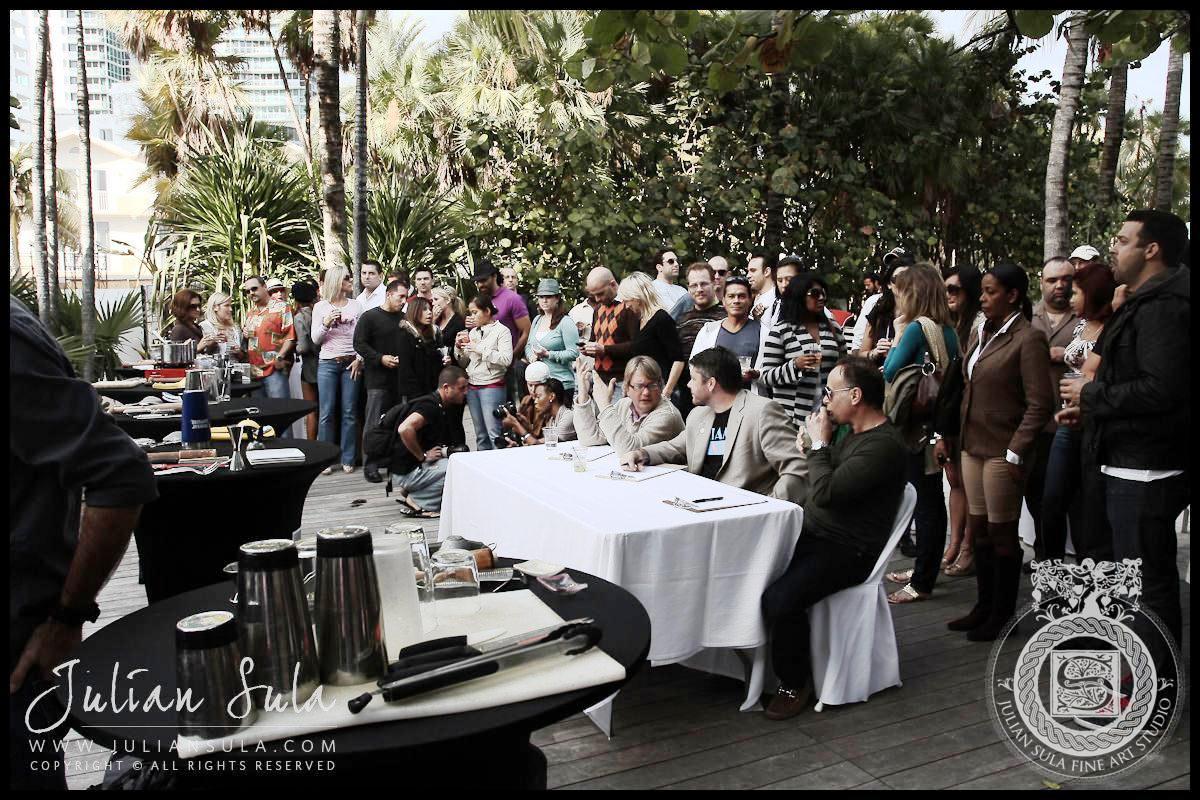 Like a 13 year school girl’s adoration of Justin Bieber, I must confess my love of the libation. It’s something about watching a master as s/he carefully measures each ingredient and tosses them about with reckless abandon. That goofy yet agile over the right shoulder shaking of mixing glasses as the distinct sound of colliding ingredients pervades the room. The clinking of glasses with friends and then partaking of one of life’s pleasures.  A la Julie Andrews in the Sound of Music…”This is One My Favorite Things”. 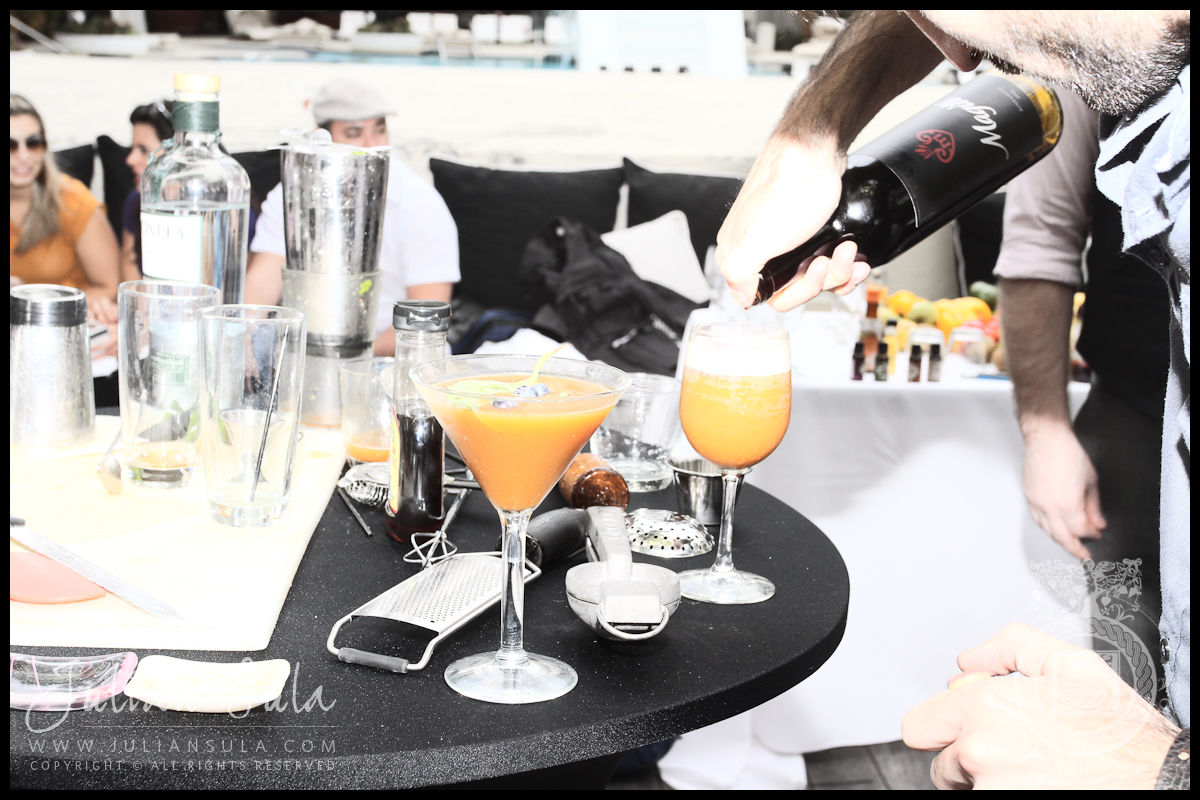 The overcast skies and periodic sprinkling of rain could not dampen the spirits of this dedicated throng ready to taste the winning concoctions and to watch the championship competition. This weather, which may have scared some less committed imbibers away, was an opportunity not to be passed by my loyal horde which was on standby.  They were at the quick to join in the festivities; after all their motto is:  Have Glass…Will Travel! They quickly rallied and dropped plans to watch the game, visit family, or sample hop on Lincoln Road for ice cream at Kilwins or chocolate at Ghirardelli’s. 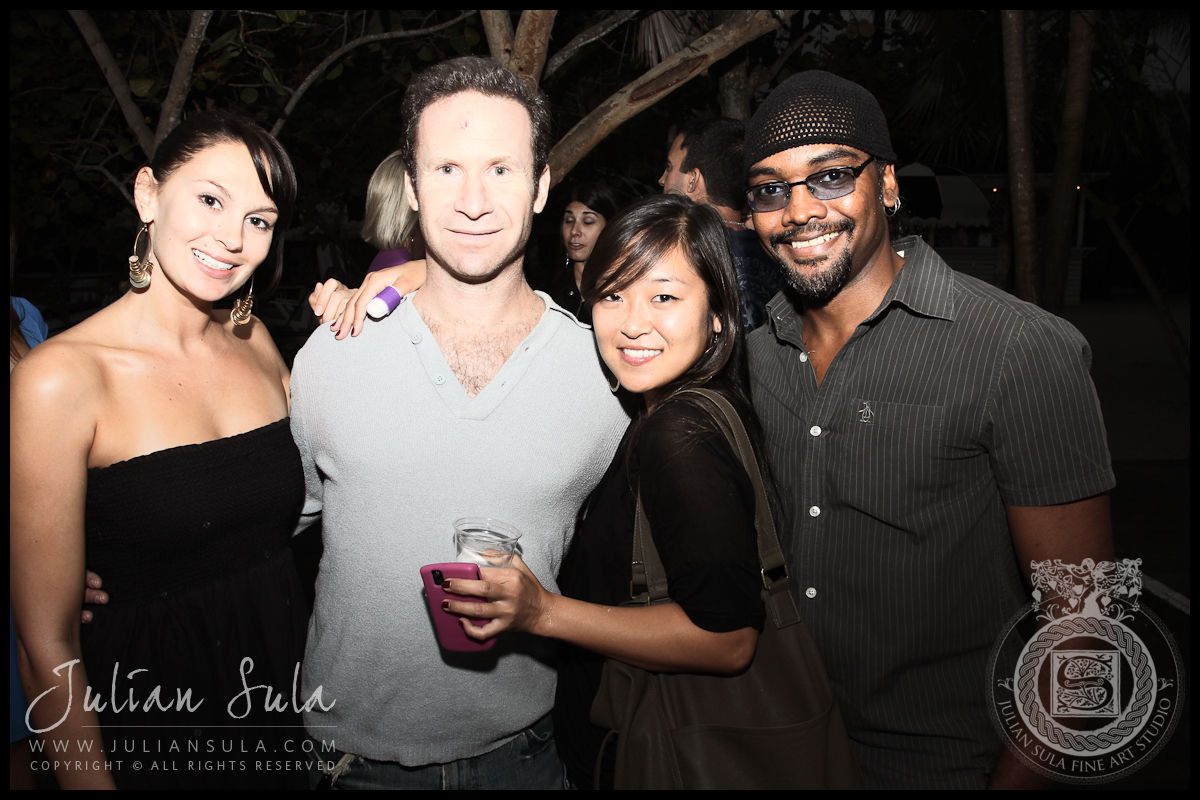 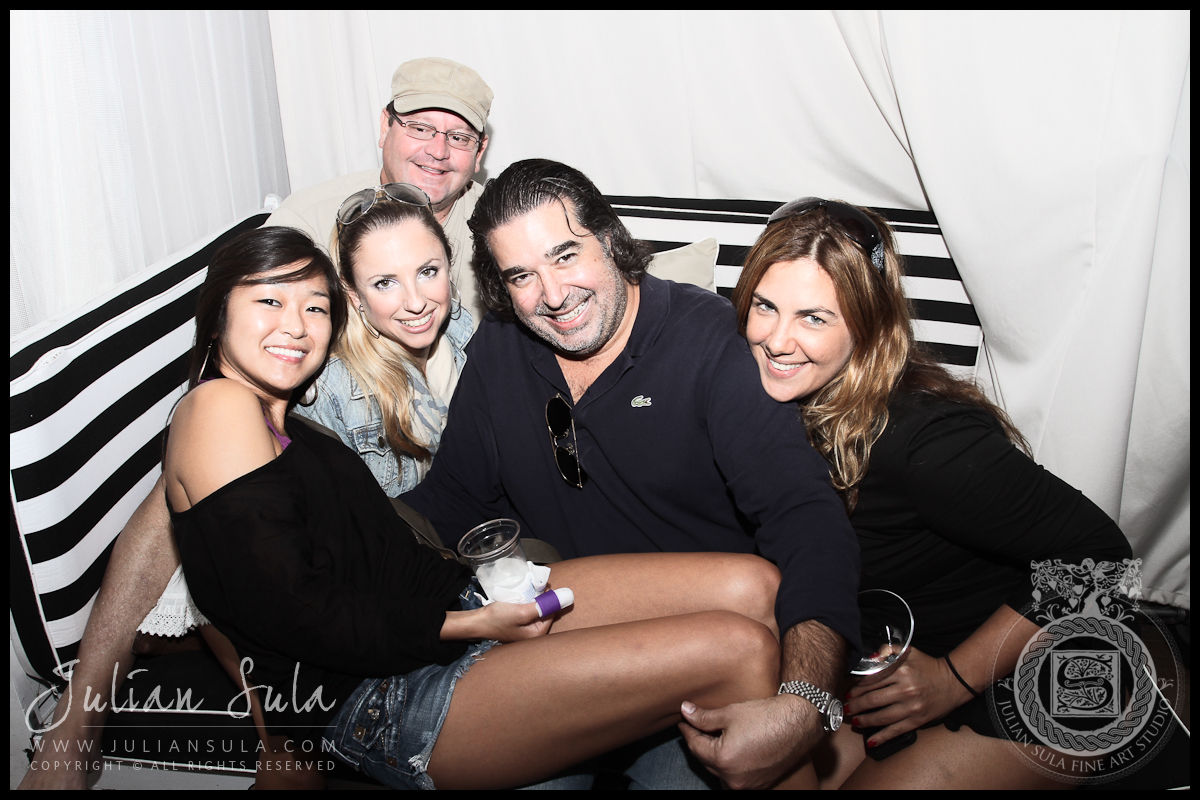 This was a scene that would make the prohibitionists of HBO’s Boardwalk Empire roll over in their graves.   I felt that I was Nucky Thompson as I strolled from one station to the next trying each one of the mixologists’ brew.  I was soon informed by one of Ocean Drive’s trusty staff that each one of the five stations represented a winning mixologist’s recipe that had previously won in that spirit category. The spirits were Martini and Rossi, Corozo Tequila, Oxley Gin, Benenedictine Liqueur, and finally my personal favorite, the Grey Goose station manned by my new best friend and contestant, Julio Cabrera. You can personally experience his wizardry of the elixir at Club 50 of the Viceroy Hotel. 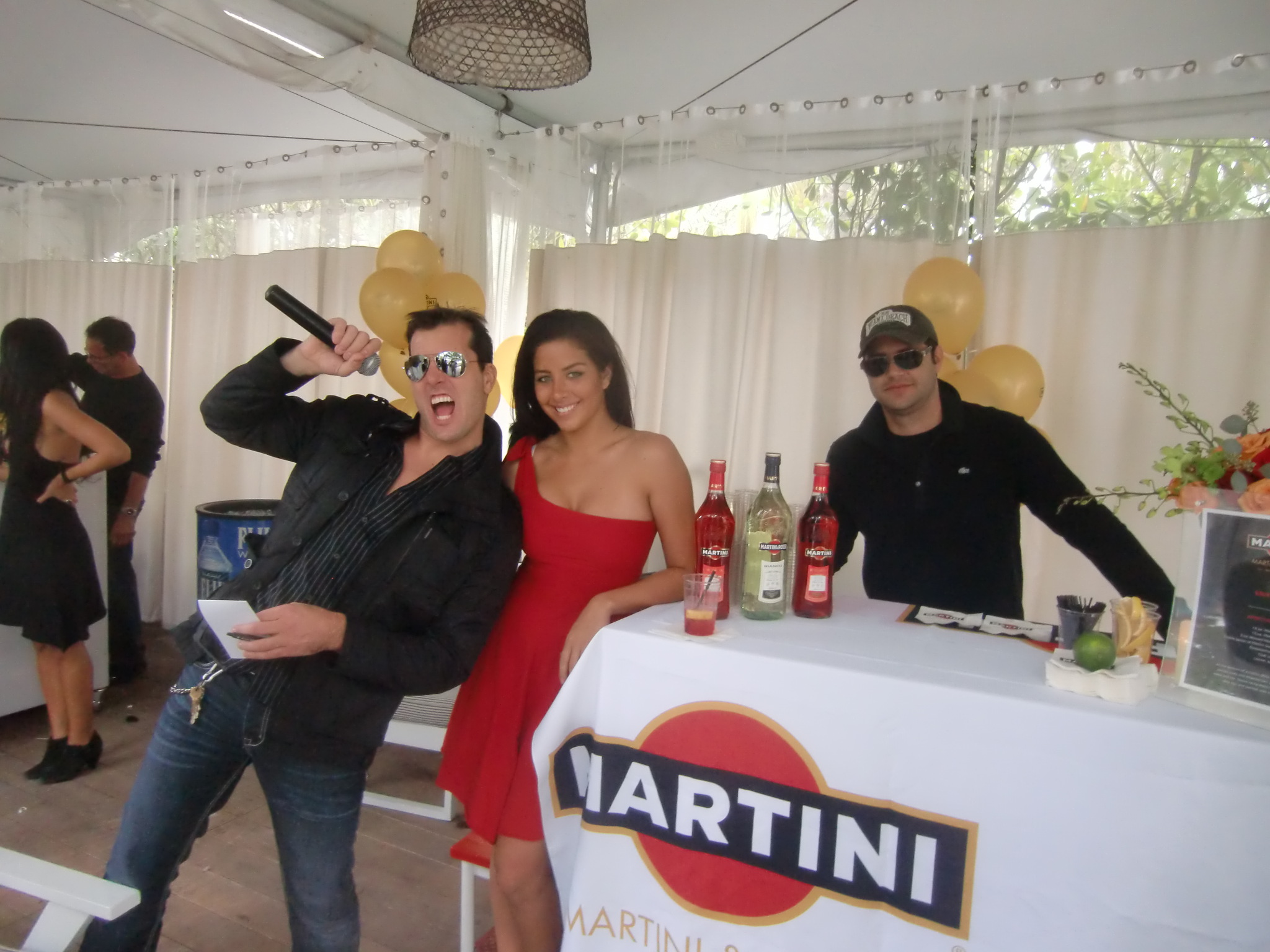 Cabrera’s winning entry was clearly a crowd favorite. It was muddled grapes, with tarragon, maple syrup,  and Grey Goose pear flavor vodka.  Tre magnific!  The Martini and Rossi was a close second for me…and provided a flashback to my time at the Venice Film Festival and my Italian flame Stefania but, I digress.  For those who have been to Italy, they will profess that Martini and Rossi is as prolific as prosciutto and gelato stands and is liked for its very distinctive and refreshing taste.

The wait time proportionally grew as the word of this masterful Grey Goose pear drink quickly spread. Also to my chagrin, the portions were quite judiciously served. My cohort in crime and possibly the world’s most interesting man, Ed Miranda, clued me in on his ability to emerge from the cue with his martini glass at the brink of overflowing. He revealed…”as they used to say on Get Smart…It was the old take two and combine in one glass trick”.  Problem solved.

There were two things that made the attendees run that day. One was the aforementioned rain drops as the faint of heart scattered for cover and the second was the brazened crowd,  jockeying for position,  for the passed hors d’oeuvres of kobe beef sliders and soy infused tuna tartar.  The fearless waiters and waitresses deserve a badge of courage to have gotten through that cluster of appetizer snatchers awaiting their every appearance.

The finalists, a colorful cast of characters,  were from some of the hottest spots in Miami.  Gabrielle Orta of the Florida Room. He’s also one of the hosts of the Miami Cocktail Culture on Plum Television.   Julio Cabrera Viceroy Hotel Miami and Redshaker.com. Erik Tirums of Liv, Joshua Holiday of the W Hotel Living Room Bar,  and Isaac Grillo also of the W Hotel. 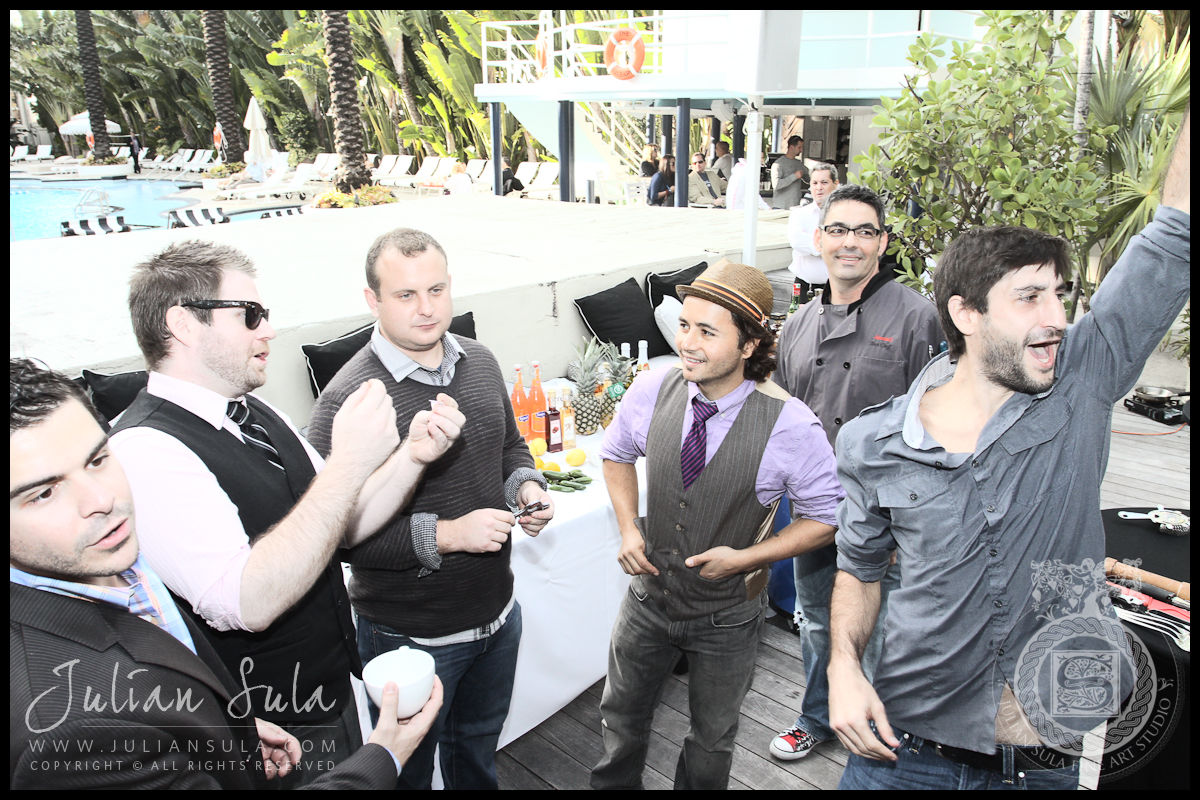 The event was MC’d by the quipster Buster from A3 television. The envied  judges were Meat Market’s David Tornack, Cocktail Insider Mike Flannery, and the Managing Editor Ocean Drive- Erick Duell. We were also treated to the tasty musical morsels from DJ Tommy Rickey. 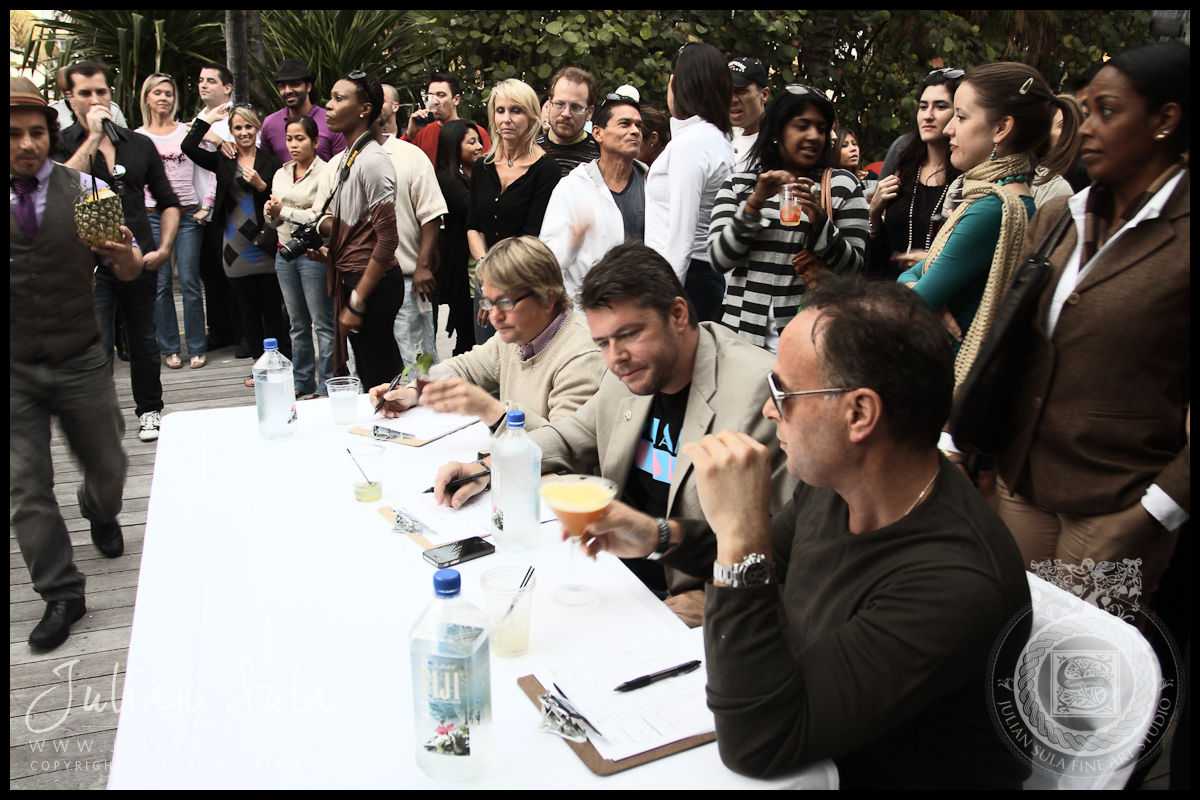 Each of the blender bullies were thrust into the competition using  one of the featured liquors along with the secret ingredient and then to be judged before all. It was a cut throat competition with some using ginsu knives while other opted for blow torches but in the end the judges taste buds decided on a closely  fought competition. The cue at the Grey Goose station was a harbinger of things to come as our personal favorite Julio Cabrera was named the Grande Frommage in front of hundreds of shouting fans.  Only one point separated him from the winner of the I Almost Won prize, Erik Tirums of Liv. 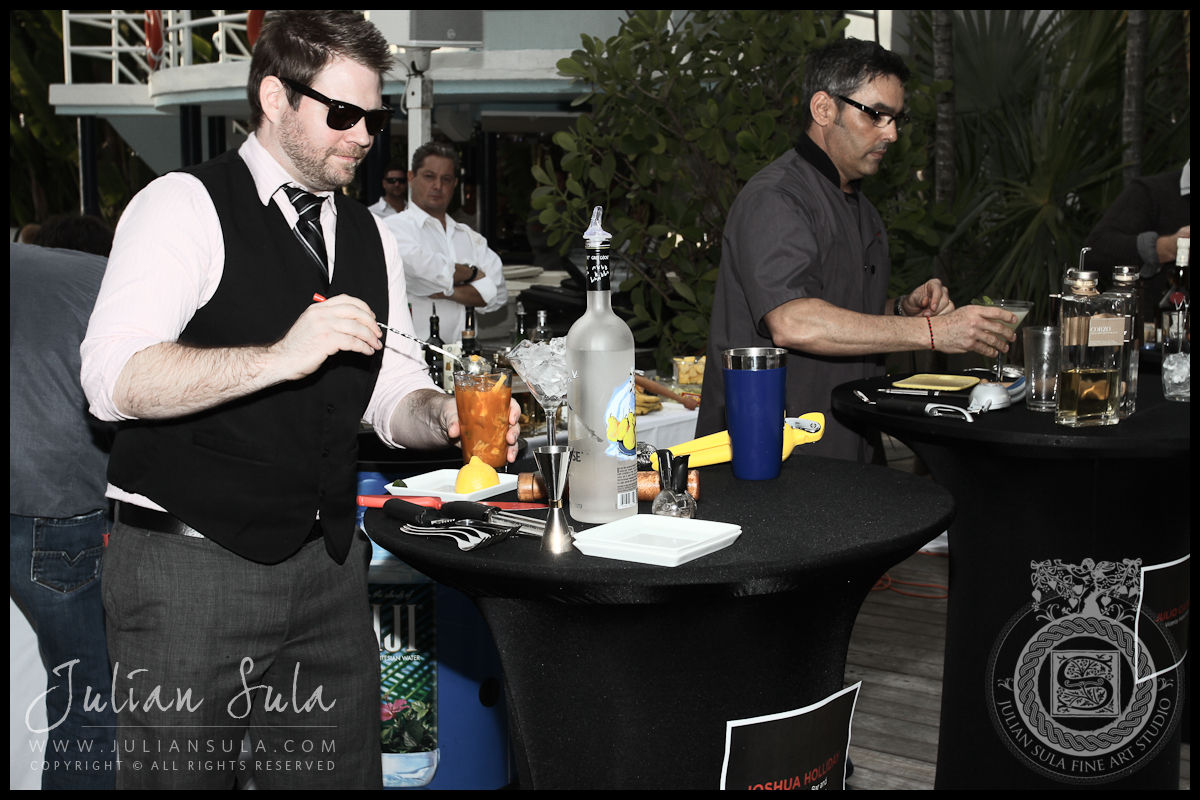 From our most enjoyable afternoon event, our motley crew meandered to Lincoln Road deciding on dinner at Doraku where our Canadian Family Guy harassed the staff with repeated orders of rock shrimp and litchi martinis.  After that, we took in  a healthy heaping of eye candy and weirdo watching from Segafredo on Lincoln Rd. That was enough for me and I called it a weekend while others went off for a clandestined rendezvous or a second helping of DJ Tiesto at the newly opened Arkadia at the Fontainebleau Hotel.

What I learned:  I’ve sat or stood and peered across a bar many times (I’d wager more than most) and received  the “What’ll you have?” of many a bartender.  I quickly get my drink and move along to some other activity such as toe tapping, vixen pursuing, or trash talking with buds or whatever may lie beyond the beverage. But what I walked away with Sunday was a new admiration for the craft of the mixologist. Calling them a bar tender is like calling Bobby Flay a burger flipper. All of these guys were extremely talented, exhibited an amazing expertise in their chosen profession, and most importantly, were passionate about their craft. Many are true professionals having  culinary degrees or have obtained the sommelier distinction.  I have a new found respect for them and what they do.

The next time I’m at one of their establishments…to hell with the cosmopolitans, mojitoes, or the god awfully boring cranberry and vodka. From now on “it’s may I have a look at your drink menu” or “tell me about the drink of which you’re most proud”.

A big thank you to Ocean Drive, Bacardi Spirits, USBG and the Raleigh for a great afternoon of learning and libations.