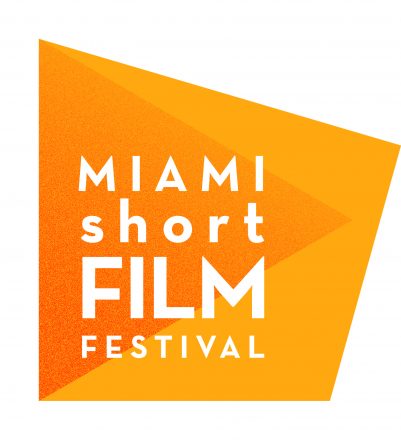 Deering Estate in partnership with the MIAMI short FILM FESTIVAL (MIAMIsFF) presents a new series that provides screenings of selected short films. Each screening will be curated around a specific theme and will include a Q&A afterward with William Vela, Executive Director of the MIAMI short FILM FESTIVAL, and invited guests that will be comprised of select filmmakers, actors, directors, cinematographers, artists and topical experts.

On Thursday, August 15th, from 7:30 p.m. to 9:30 p.m., the MIAMI short FILM FESTIVAL will present a special program, Focus on Germany (German Films with English subtitles), featuring the screening of award-winning German films and a reception hosted by the German Consulate General of Miami at 7 p.m.

Purchase tickets online at the Miami Short Film Festival website or at the door on a first come, first serve basis.

Food First, Directed by; Pol Ponsarnau, 10 min 52 sec, Comedy, Drama, Germany
Food first, then morals! A comedy about two couples in a stylish Berlin Tapas restaurant. Tension grows with each dish. All seems lost when the question “who waters your plants?” comes on the table.

Little Shop, Directed by; Constantin Jahns, Narrative, 25:52 Min, Germany
Alex, a young bailiff, is confronted with the seizure of his father’s bankrupt antique shop. Instead of carrying out the objectionable task, they put their differences aside and join forces to give a boost to the ailing business.

Gartenfiend, Directed by; Julia Walter, 15 minutes, Narrative, Germany
Garden plot tyrant Gerti wants to prevent that her teenage granddaughter Merci is growing up and falling in love with an older hipster hottie.

Busy, Directed by; Felix von Seefranz – Narrative – 15:00 Min – Germany
Mrs. Schmitt is probably the busiest woman in Berlin. She’s constantly on the run between meetings and phone calls, till one day her world collapses.

Holy Moms, Directed by; Johanna Thalmann, Dramedy, 24:00 Min, Germany
Liv Mehlmann wants to throw an unforgettable birthday party for her daughter Alicia (14). But when she sends a message to the “Holy Moms” chat group that the precocious Rosie will also attend the party, the helicopter moms freak out. Rosie is not a good influence, she’s got to go, immediately.

Gelato – Seven Summers of Ice Cream Love, Dir by; Daniela Opp, 12 min, Animation, Germany
Almost 80 years separate Rosa and Molly, however the love for ice cream connects the two magically. Can one imagine that something that wonderful has once been completely unknown around here? At least Rosa can. She looks back on her first few summers of ice cream love.

About the Miami short Film Festival

The Miami short Film Festival is dedicated to promoting the short film genre, showcasing films from 1-20 minutes long. The Festival is international in scope, bringing exposure to the world’s best independent up-and-coming filmmakers. MIAMIsFF’s goal year after year is focused on motivating directors, screenwriters, actors, and producers to make films and share them with fellow film makers and industry professionals. The ultimate goal is to bring exposure to independent up-and-coming filmmakers.

MIAMIsFF is an avid supporter of local and international film makers representing cinematic productions that embody the true spirit of the art. The Festival presents a unique opportunity for our local community, tourists, and the next generation of talented filmmakers from around the world to experience the true spirit of the creative film-making process.The MIAMI short FILM FESTIVAL has become a powerful cultural voice to South Florida and has created a positive influence on the arts through film.