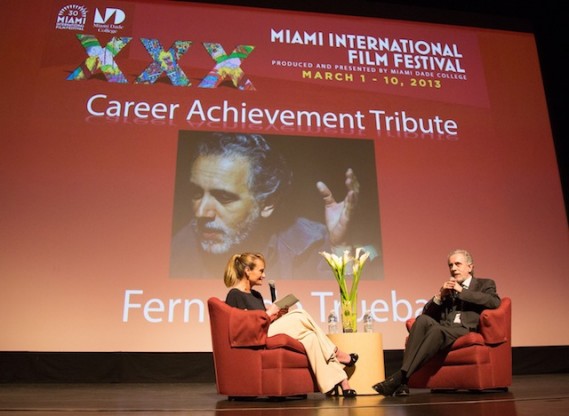 Jessica Berman, producer (Madrid, 1987, The Dancer and the Thief, Calle 54) led the lively discourse and audience Q&A before the US Premiere of Trueba’s latest masterpiece about the passions of an elderly sculptor (Jean Rochefort) and his young muse, The Artist and the Model, shot on location in France; also starring Claudia Cardinale, and marking Trueba’s record 10th appearance at MIFF,

Berman commented on Trueba’s optimistic nature and his rose-colored view of the world, prompting Trueba’s response: “I think I am so pessimistic, the only way I can live is to be optimistic”.   He also mentioned the association between art and life and reminding us that “art is the air we need to breathe in order to live and that there is no life without art”.