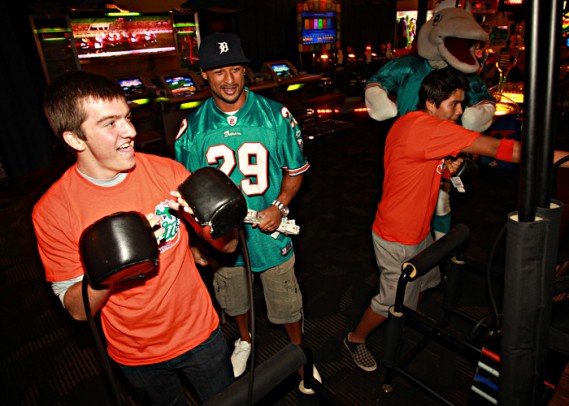 Miami Dolphins players, cheerleaders and members of the Miami Dolphins Women’s Organization (MDWO) helped children from throughout South Florida stay active while learning about healthy eating as part of the NFL’s Hometown Huddle program. Approximately 60 children from the United Way of Miami Dade and Palm Beach counties along with students from Coconut Creek High School spent the day at Dave and Busters in Hollywood got the opportunity to play games, interact with and learn the importance of exercise. 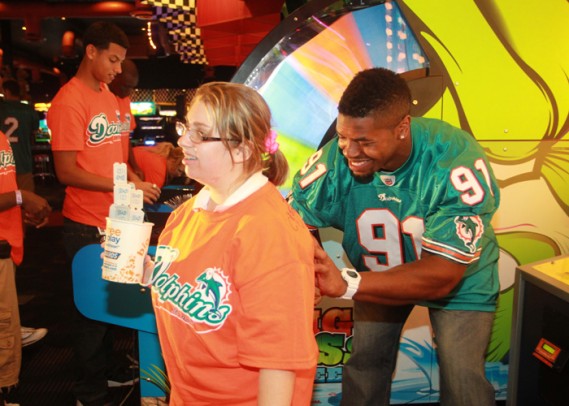 “I think the whole idea, especially now, is to get kids to understand the importance of an active life and getting outside and playing,” said safety Tyrone Culver. “It’s something that can be lost in this generation when there is so much to do inside your house. To send that message to get out there and play is definitely positive.”

Representatives for the participating children said that the message of an active healthy lifestyle was well received. 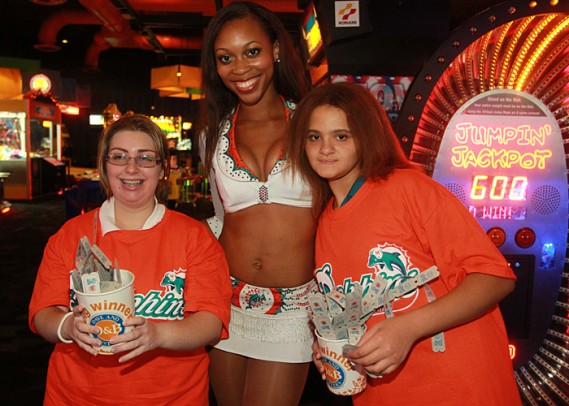 “It’s just a great benefit for them,” said Marni Greenberg, United Way of Palm Beach County spokesperson. “Meeting the players was all they talked about on their way down. I think they really didn’t realize it until we were on the way down who it was they were meeting. I think they were a little bit flabbergasted and a little bit speechless but they are so excited to be here.” 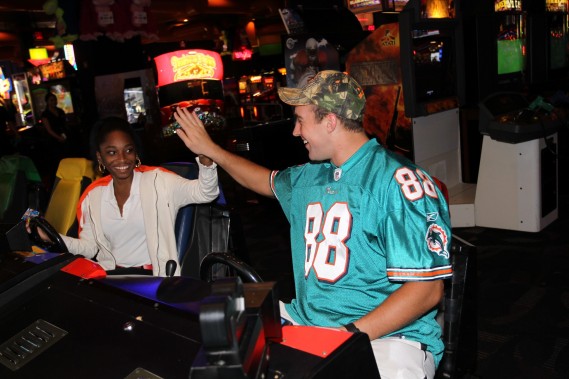 “I’ve always been an advocate for a healthy, active lifestyle so to get out and promote that is important,” Mastrud said. “I think hearing it from an NFL player can have an impact on that too. Giving them some encouragement to get out there is a good feeling for them.”

Other members of the Dolphins emphasized Mastrud’s statement. 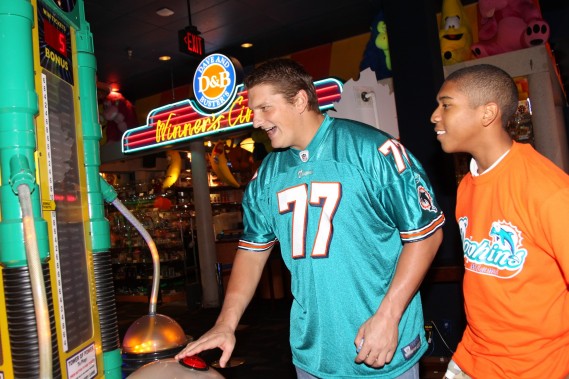 “It’s very fulfilling and I feel honored to be a part of it,” said Jackie Laurian of the Miami Dolphins Women’s Organization. “Some of the kids we invited today don’t necessarily have the skills at hand so we did this to get them involved to play and experience interacting with the players and getting active when they might not be able to in another way.”