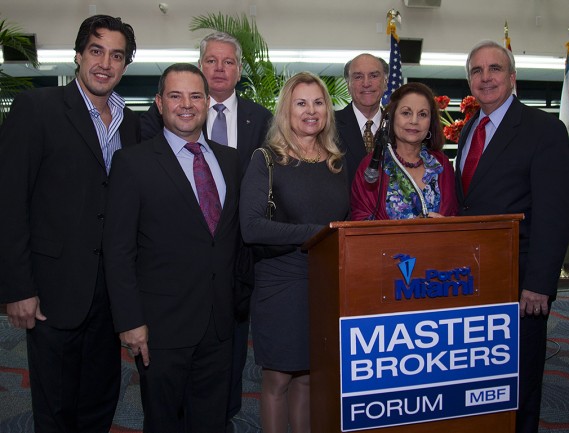 The Miami Master Brokers Forum (MBF), an organization comprised of South Florida’s top residential real estate agents, recently gathered at the Port of Miami for a discussion on “Miami’s Economic Engines”.  More than 70 guests attended the event, which was co-chaired by Master Brokers Jeff Morr and Donna Bloom, and sponsored by HSBC Bank. 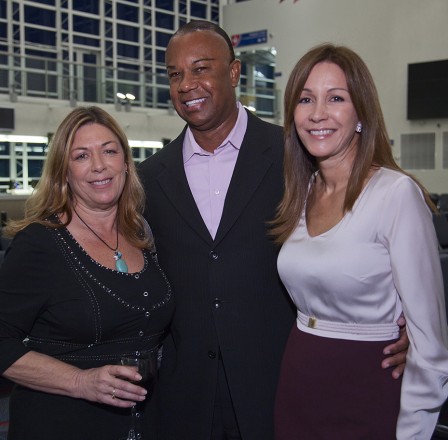 This special Forum Event featured guest speakers Carlos Gimenez, mayor of Miami-Dade County, and Bill Johnson, director of the Port of Miami.  With Mr. Morr serving as moderator, Mayor Gimenez discussed the global and strategic significance of Miami’s airport, seaport, and downtown district, and their impact on Miami-Dade’s economy.  Mr. Johnson presented a detailed overview of the Port of Miami, outlining its dominance in the Caribbean and Latin America as the leading seaport in both cargo and travel.  He also explained the magnitude of the dramatic improvements currently underway at the port, (likening them to “…putting in a pool, addition, and renovation to a home – all at once”), which, when completed, will establish it as one of three “superports” in the United States. 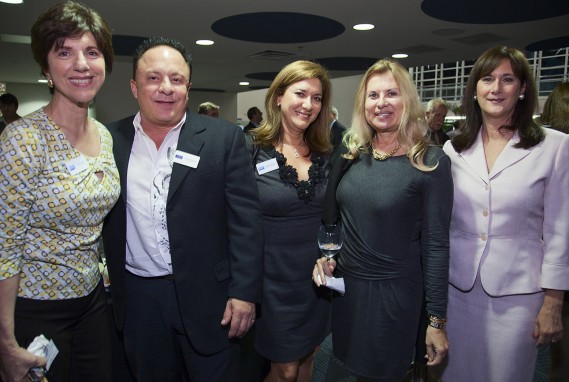 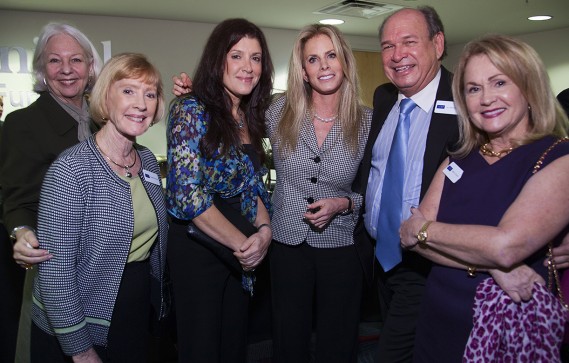 “We are eternally grateful to Major Gimenez and Mr. Johnson for their time, and to our friends at HSBC for their generous sponsorship,” said Emilio Palomo, chair of the Miami Master Brokers Forum.  “Miami has clearly positioned itself to be a regional superstar in the global economy, and we look forward to sharing this extraordinary information with our clients.” 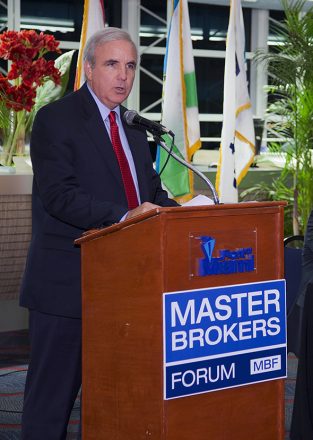