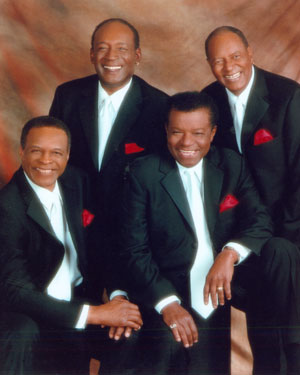 The soulful and rhythmic 1950s vocal group, Little Anthony & The Imperials, will bring their beloved sound to The Pavilion at the all-new Seminole Casino Coconut Creek on Saturday, June 16 at 8 p.m. Highlighting the 1950s theme of the month at Seminole Casino Coconut Creek, the legendary group is lead by Jerome Anthony Gourdine, who is instantly recognizable for his strong, high-pitched falsetto voice.

Little Anthony & The Imperials still have the harmony and stage presence that makes audiences jump to their feet and sing along. Fans can expect to hear some of their favorites from the group including “Goin’ Out of My Head,” “I’m on the Outside Looking In,” “Out of Sight, Out of Mind,” “Shimmy, Shimmy, Ko-Ko Bop” and much more.

The group made their debut in 1958 with a double-sided ballad smash. The “A” side, “Tears on My Pillow,” instantly launched their career into musical history as one of the most enduring love ballads of the ‘50s, and sold over one million copies. The flip side was the hit, “Two People in the World.” A 1960s entertainment TV staple, Little Anthony & The Imperials performed on the popular shows Shindig!, Hullabaloo, Perry Como’s Kraft Music Hall, Dick Clark’s American Bandstand, The Ed Sullivan Show and The Tonight Show.

Little Anthony & The Imperials’ songs have been covered by a wide range of artists over the years, including Frank Sinatra, Linda Ronstadt, Luther Vandross, Ella Fitzgerald, Sergio Mendez and many others. The group has received numerous awards and was recognized for its lifelong contribution to music and inducted into the Rock and Roll Hall of Fame in 2009. Today, they are one of the few 1950s-era groups still touring with the great majority of their original members.

Tickets start at $20* and are available at www.ticketmaster.com. *Additional fees may apply