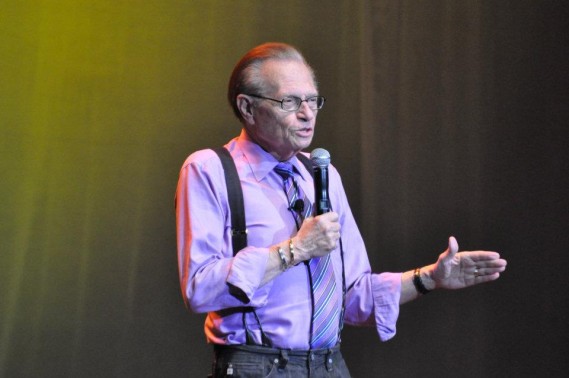 When legendary television and radio broadcaster Larry King launched his broadcasting career in Miami Beach decades ago, he never imagined he would be the world’s most respected and recognized interviewer, now stand up comic.

In 2010, Larry exited his most popular chair as CNN’s leading host and interviewer on “Larry King”. After his departure from television, he got involved in various projects including regular visits and verbal fights at his kids baseball games and his current gig as a standup comic, crisscrossing several US cities sharing his life’s stories and his most memorable interview moments. 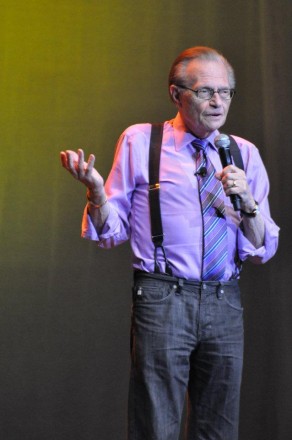 Larry has returned home to the place it all began, Miami. The King has come home,andthe audience at the Seminole Hard Rock Casino and Resort Hollywood, Florida, welcomed him with cheers, respect and reverence as he walked on stage wearing his signature suspenders and trendy Ryan Seacrest jeans.

He was ready to talk, more than he has ever done as an interviewer. He was now, “Larry the Lips”. And he was having fun doing so. 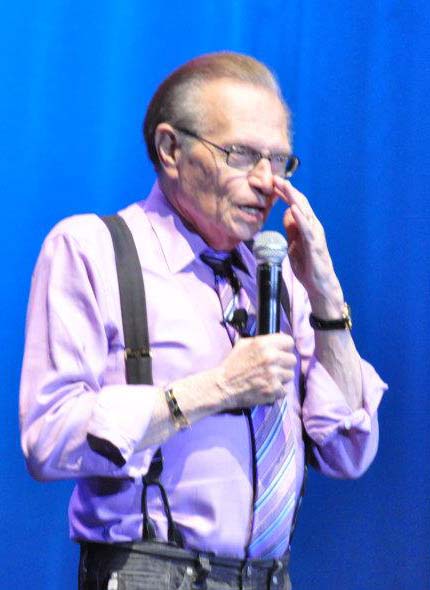 Larry the Storyteller reminisced on his life as a Jewish kid growing up in Brooklyn, radio in Miami Beach, some of the most memorable and rare interview moments, his first on-air romantic encounter and how he was saved by Harry Belafonte.

He also talked about his run-in with the Mafia. “The Mafia has a great sense of humor,” he said.

When he mentioned his family, the crowd roared. “I have a young wife with two children, a young child in Honolulu, and I did it without Viagra.”

What can I say, it was Larry King raw and uncensored. He was at ease, vibrant and comfortable talking candidly about what makes him happy and sharing those moments with a room of total strangers.

He was not only good as an interviewer, but as a stand-up comic as well. His Shtick was no imitation, it was honest and entertaining for 90 minutes, something he recognized early in his career that the audience would love and appreciate.

“If you are honest with the audience, you can’t go wrong,” he stated.