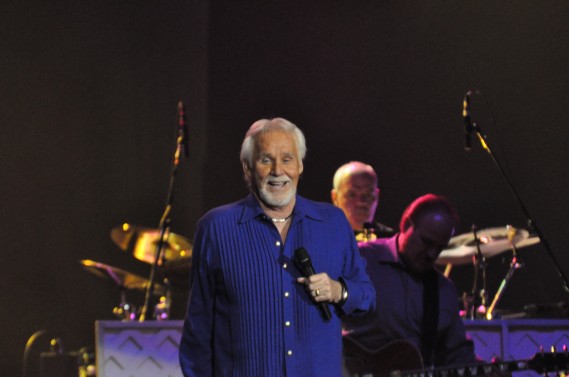 Multi-talented and country music singer, Kenny Rogers just stopped in at the Seminole Hard Rock Casino and Resort, Hollywood, Florida to see what condition his condition was in. And he was in great condition.

The Grammy award-winning musician who has sold millions of records worldwide celebrates  over five decades as an entertainer with a sold out concert at the Hard Rock. He took to the stage in a champion spirit with vigor and enthusiasm like he could continue performing for another 50 years.

I grew up listening to Kenny’s catalog of songs and have seen him performed several times at the Jazz and Blues Festival in Jamaica. And there too it was an amazing treat to see him perform live. 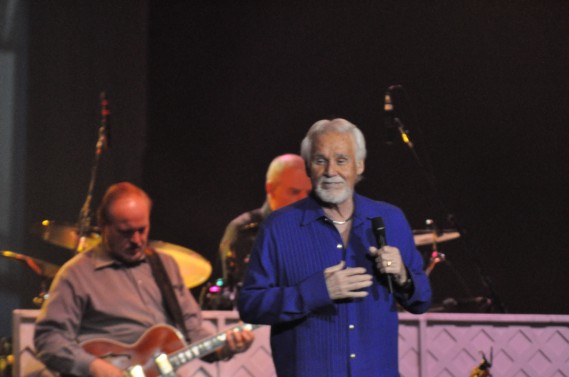 Over his storied career, Kenny has produced 24 #1 hits of which he went on to create Kenny Rogers Greatest Hits. He used this as a gimmick during the show, which excited the front row audiences. For every number one songs he performed or the audience could name he would throw $10 out into the crowd. Preston a front row fan, made over $50 which he later returned with interest to Kenny who refused saying, “I have millions, you keep that Preston.” For being a good sport Preston also received an extra small Kenny Rogers t-shirt.

With more than 60 percent of the audience members within his age group, it seemed like a family reunion of sort-a journey they have taken with him over the years. They were reminiscing and reacting to everyone of his songs and laughing at his jokes. “I never get tired of singing through the years,” he says. Was a dedication to his fans for supporting him. 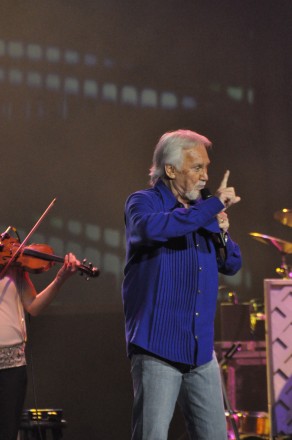 He tried to engage the audience as much as he could, but found the front row and stage right a bit of a disappointment. At one point he reached out to the audience to assist in the sing a long, the group fell short and he was definitely not pleased. “This is the worst anyone has done with this ballad–Quebec did a better job and they don’t even speak English,” he echoed jokingly.

Taking a short break, he introduced Amber the Fiddler, and Brian the guitarist who played a beautiful instrumental piece giving him enough time to regain his strength to continue the concert. Before continuing he says, “Just when you thought I was out, I still have more hits.” Then he sang The Coward, and Daytime Friends. 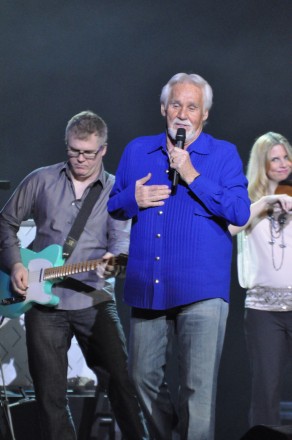 He also made an interesting observation of his career and the songs he had done. “With all my hit songs, I have had a successful career singing songs about dysfunctional families,” he said. With that he went into Buy Me A Rose.

Taking a line from The Gambler, a story song and mini series starring Kenny Rogers; “Every gambler knows the secret to surviving and with over 50 successful years in the entertainment industry, Kenny has found the secret.

At the end of each show the artist would generally exit the stage then later return for an encore. Kenny considers encores silly. Instead he thanked the audience for their continued support and distributed a handful of tambourines to the crowd. The show ended on a high note with Island in the Stream.

After listening to a catalog of Kenny Rogers songs growing up in Jamaica, tonight My Condition, the acid trip song has replaced The Gambler from my mind. We walked out of the venue repeating this song which majority of the audience could relate to. A song he confessed that was a serious acid trip that produced such lyrics.

“They just can’t write songs like that anymore”. _Kenny Rogers