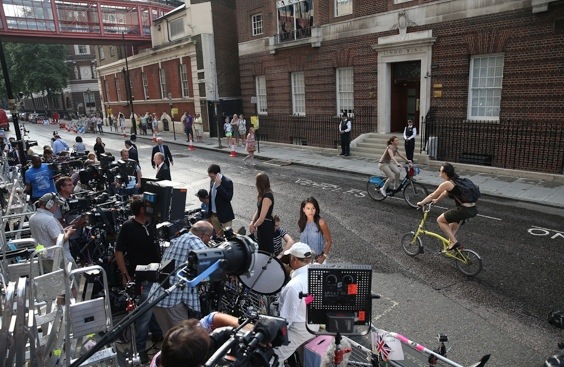 Early Monday morning on July 22, 2013, the Buckingham Palace confirmed that Kate Middleton has been admitted to St. Mary’s Hospital in London and is in the early stages of labour intensifying the Royal Baby Watch from around the world.

As the world awaits for the Royal Baby Joy, here in South Florida we wish the Royal Couple a healthy and safe delivery. In 2011, I had a unique opportunity to speak with one of the privileged few to be amongst the circle of the Duke and Duchess of Cambridge, Prince William and Kate Middleton.

Chris Jackson is Getty Images’ award winning Royal photographer, one of the trusted photographers who has gained exclusive access to the Royal couple.

As the Royal Photographer, Chris was with Prince William, Katherine, The Queen, the Duchess of Cornwall, basically covering every Royal trip. He was with them every step of the way. And working as a photographer and with the press, he had to earn his stripes. “On those trips, I’ve got a regular relationship with Clarence House, Buckingham Palace, and as a photojournalist, you have to apply for the trips, and you’re sort of approved or not approved. But, obviously as I’ve been doing it for quite a few years it would appear a bit weird if I wasn’t approved for a trip.” Chris continued, “As we always say, the other angle that I’ve been doing is building a relationship with Prince William over the last couple of years, and Katherine.” 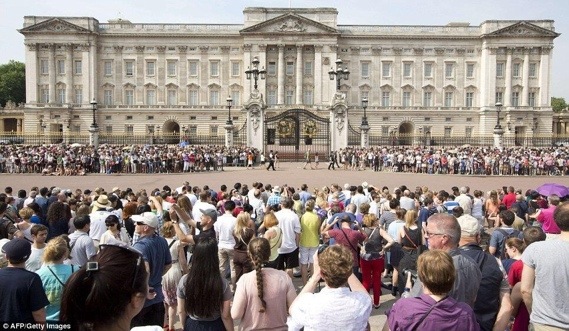 He has managed to establish a trusting relationship with the Royal couple by photographing them in private settings and through exclusive invitations to be their private photographer on trips. “I’ve also done a few private shoots with them, where you build up the relationship over the years through talking to them and generally sort of getting to know them. And they will ask you to come in to wherever they are, and do some picture for them to be released for a charity or in advance of a trip somewhere,” Chris shared.

Chris has spent many hours with the Royals, and in our interview, he revealed a few details on his time spent photographing Prince Harry and Prince William in a bush camp in Botswana. “I’ve spent many hours photographing them. From a private point of view, I’ve done a couple of different shoots. And on each trip you do a team picture at the end, so you spend a little of time with them, and I’ve done stuff with Prince William in the past in Botswana. We spent the night with Prince Harry in a bush camp in Botswana, and obviously Katherine wasn’t there at that stage.”

He has been officially photographing Prince William for over seven years and when Katherine Middleton announced their engagement, she became one of Chris’s official subjects. “That was the first time I photographed her and I pretty much covered every one of her engagements between then and there. It’s been a good year,” he shared with Daedrian McNaughton of Premier Guide Miami.

The Duke and Duchess of Cambridge have helped to modernize the monarchy and taken it in a new direction.

Watching the full coverage on television and the strict protocols which were followed in regards to the birth of their baby boy, it is evident that their privacy is important. They have managed to control the messaging of their brand while maintaining the true traditions of the monarchy. According to Chris, the reason for their incredible success is due in part to their tight team. “One of the reasons this year has been so incredibly successful for the couple, actually has been due to the incredibly tight team they have behind them, and the way that’s developed over the last the last few years. And they’re certainly taking the monarchy into a new generation,” Chris shared.

Kate like Diana has become the world’s princess. She is admired all over and appears to be a natural in her new role. “She obviously performed very well with an incredible amount of confidence from her first public appearance in North Wales.” Chris continued, “They’re aware they have to give something of themselves because they’re in a public role.”