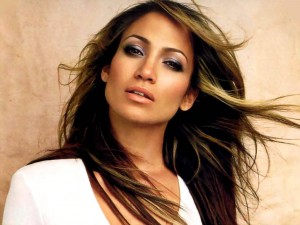 “On The Floor” Debuts on Top 40 Chart, Surges to No. 2 on iTunes Chart

“On The Floor” is the first single from Lopez’s new album, “Love?,” on the Island Def Jam Music Group. The single is now available for preview, purchase and download on the iTunes Store and all digital partners. The RedOne-produced track debuted on the Top 40 chart at No. 38, and is locked in at more than 100 radio stations across the country. In just 24 hours since its release, “On The Floor” has already surged to No. 2 on the U.S. iTunes chart and has hit No. 1 in Spain, France, Sweden, Australia, Finland, Greece, Austria and Belgium. Lopez collaborated with renowned director Taj Stansberry on the video.

International icon Jennifer Lopez is an actress, entertainer, recording artist, film & TV producer, fashion designer, entrepreneur and philanthropist. Lopez has sold over 55 million records worldwide and has starred in multiple No. 1 box office films, including “The Wedding Planner” and “Monster-In-Law.”

This is a milestone year in her lustrous career. Lopez serves as a judge on AMERICAN IDOL, the juggernaut TV series now in its 10th season. She has launched worldwide campaigns as the ambassador of L’Oreal and Venus Gillette, and she has been named the spokeswoman of the Boys & Girls Club of America. It was Lopez who set the standard for celebrity branding in fragrance, apparel and accessories, and she will launch an exclusive collection with Kohl’s, the first ever for the retailer. In addition, her recent fragrance, Love and Glamour, has marked 17 successful launches and has taken in over $1 billion combined.

In 2001, “The Wedding Planner” was the nation’s top-grossing film while her album, “JLO,” was No. 1 on the Billboard Top 200 Chart. The two simultaneous honors made Lopez the first woman in history to have a No. 1 movie and album in the same week. Lopez made her feature debut in the highly acclaimed feature “Mi Familia,” which garnered her an Independent Spirit Award nomination for her role as young mother “Maria Sanchez.” Lopez earned widespread acclaim for her work in the title role of “Selena,” which brought her a Golden Globe Award nomination. The National Council of La Raza, the largest Latino advocacy group in the nation, named her Entertainer of the Year at the American Latino Media Arts Awards (ALMA) for TV and film.

Lopez’s production company, Nuyorican, is in development on several film and TV productions that includes a partnership with Twentieth Century Fox Film. She founded The Maribel Foundation along with her sister, Lynda, with a mission dedicated to improving the health and well-being of women and children and raising the level of medical care available to them. The foundation is currently working with Children’s Hospital Los Angeles on a telemedicine program that will help underserved communities by providing technology and top-notch doctor resources. The first telemedicine center opened in San Juan, Puerto Rico, in 2010.

Emmy Award-winning AMERICAN IDOL is created and executive-produced by Simon Fuller and executive-produced by Cecile Frot-Coutaz, CEO, FremantleMedia North America, Inc.; Ken Warwick, Executive Producer, FremantleMedia North America, Inc.; and Nigel Lythgoe, President, Big Red 2 Entertainment. AMERICAN IDOL has been No. 1 among Adults 18-49 for the past seven consecutive seasons and currently ranks as the No. 1 television show of the 2010-11 season.