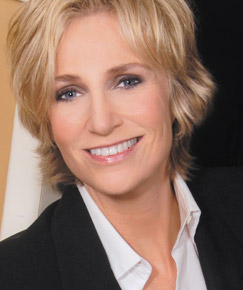 You never know what to expect when Sue Sylvester opens her mouth nor were we surprised to hear what Jane Lynch belted out during an interview. Jane Lynch plays the character role of Sue Sylvester, the aggressive cheerleading coach in the Fox musical-comedy series Glee. Over the last year, the Emmy Award-winning actress has had a successful and rewarding run, and she returns with a touchdown episode of Glee following the Super Bowl on FOX.

“I won’t be going to the Super Bowl, I won’t be drinking and I rarely watch it, but I’ll watch it this year, just cause, and we’re on after it.”

In the interview she revealed details from her memoir, Ron Howard as her first love, the impact her sudden popularity has on her life, and why she refused to get on Twitter.

“I won’t be getting on Twitter because I really don’t understand it. I understand it, but it’s too overwhelming.” 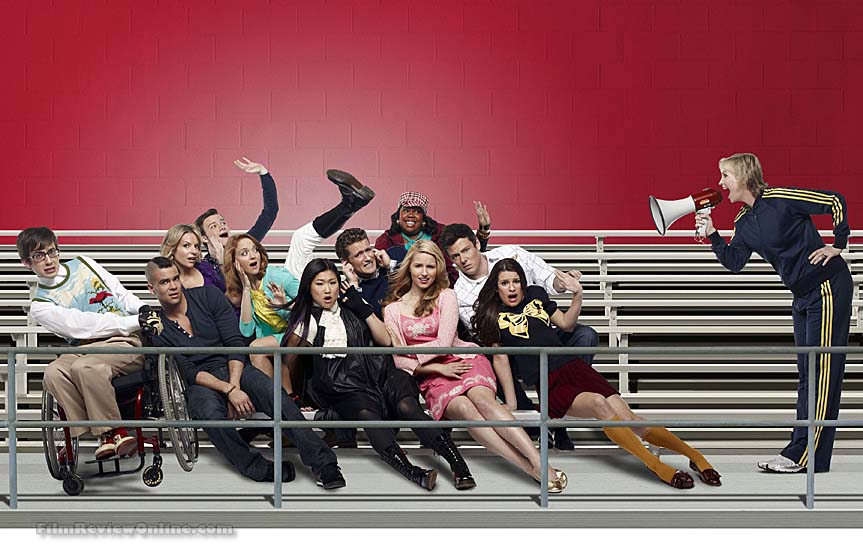 Jane, you were an amazing actress before Glee, however Glee has elevated your status in the industry. Can you talk a little about the impact on your personal life?

Jane Lynch: Well, I found out like in the middle of the first season that we have employment for three seasons, so that has never happened to me before, so that is different and that is wonderful to know that I will be employed, barring a big catastrophe, for the foreseeable future.  And I haven’t had that in my life and it’s a huge psychological relief. Then I’ll probably go back to job hunting, like I always do.  I think I’m starting to become more popular and the character has become iconic and they say all wonderful things and I’m very well aware of fact.

There are reports that you will pen your memoir soon. Can you share with us what to expect?

Jane Lynch: How it came together is I’ve been giving speeches at gay banquets, and not even just gay – but people wanting to know more about it.  I started writing things down and I was telling a friend about it, she’s a writer, and she said, “There’s a book in there.”  So I kind of sat down and looked at it, and I thought, you know what, there is a book in there. I think a little tidbit I can give you is I grew up basically with everything handed to me.  Not my career.  I worked for that, but I had a really good family, I was brought up with a lot of love, but still I chose time after time after time to suffer over so much.  And that mental component of suffering is the thing I think, if I can look back on my life, is a choice.  And to this day I still would choose maybe the angst over something when I really don’t have to.  And how to kind of …your life slow.   I know it sounds new-agy and granoli, but it’s truly what I’ve come up with that you really need to trust that you’re on your own path and as long as you stay true to it and you show up; showing up is 90% of it.  It’s really not deep dark.  Either you read it differently or it was misleading.  Basically what I’m going to do is, of course I have my own deep, dark, but I guess the message coming out of it is that it’s all a choice on whether you suffer through your life or if you, because the same things are going to happen to you for the most part.  You’re going, but do you have to have that mental component of suffering, and that’s kind of the point of the whole thing. I definitely was depressed and I thought everything was dark and hopeless, but that was a point of view that I didn’t have to have. In fact, that’s kind of how I came up with the title.  I went through my scrapbook, I went through photographs, and as I’m telling these stories, I’d just get that down with a tape recorder and kind of spoke all of this stuff.  I started to see, first of all, it’s a little more interesting than I thought it was and I also learned how I kind of made things much harder on myself than they needed to be.

How does your Glee character, Sue Sylvester influence other women today?

Jane Lynch: I hope that girls see what’s possible for them.  That they don’t have to play a stereotype, and what is Sue is not a stereotype.  But basi 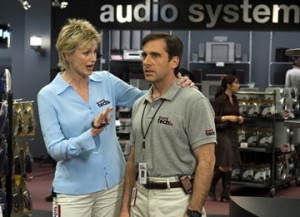 cally, maybe we all are.  I guess we all start that way and we hope to humanize them.  But, I also see that you don’t have to be anything anybody tells you that you have to be.  You can find these really crazy characters out there and that there’s more possible for you than maybe you’re led to believe.
Who was your own first love?

***You may also recognize Jane Lynch from Reno 911, My Name Is Earl, The L Word, Two and a Half Men, Boston Legal, Frasier, The 40-Year-Old Virgin, among others.