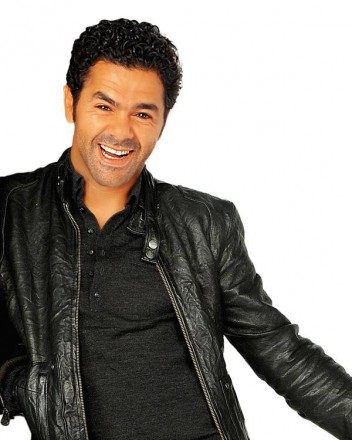 Sunday, April 21, 7 p.m. Jamel Debouzze takes the Fillmore stage for his first live performance in the US, and the entire show will be in French.  As a youth he participated in several improv contests such as the World Amateur Improvisation Championship in Quebec.  In 1997, at only 17 years old, he got his first role in the cinema. This marked the beginning of a long series of movies such as Amélie, a film by Jean Pierre Jeunet, and Asterix & Obelix Meet Cleopatra, for which he was nominated for a César Award for best actor in a supporting role. Jamel continued to perform live on tour but also in the most beautiful Parisians venues such as the mythic Olympia.  In July 2006, Debouzze created “Jamel’s Comedy Club”, a TV show taped in his theater that highlights new talent. In 2011 Jamel made his big return to the stage with a whole new show called “All About Jamel”. As the title says, he unveiled everything about himself, broaching events from his life with the humor and expressiveness that characterize him.  Tickets are $75.50, $55.50 and $35.50.

There will also be exciting performances at the intimate BACKSTAGE at the Fillmore venue which brings attendees up close and personal with the performers.
And don’t forget to catch the free Outdoor Comedy Stage on Lincoln Road at Euclid Avenue, nightly from Thursday through Saturday at 9PM.  Always a highlight of the Festival, this year you can catch rising stars Michael Che, Chris Distefano, Sean Donnelly, Sarah Tiana and Brooks Wheelan.
Tickets go on sale Friday, March 1 / 10 a.m.