I have worked with a lot of elected officials, governors and all the way up and down the scale, and I don’t want to say this in a flattering way, but really Governor Jennifer Granholm is unique.  I sincerely believe that if she had not been born in Canada she would have been a leading candidate for President of the United States, and would have been very possibly the first woman President of the United States. Governor Granholm has a combination of insight and intelligence and personality that I think is really going to be fantastic on television (The War Room with host Jennifer Granholm on Current TV), and I’m very excited about it. _Al Gore: Current TV Chairman and Former Vice President of The United States of America 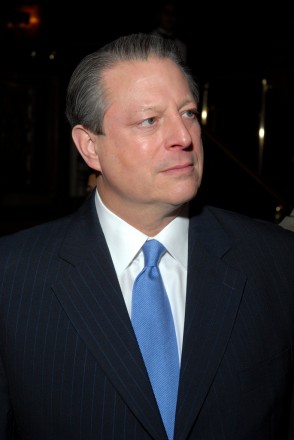 Current TV recently announced the launch of a new nightly program, The War Room with host Jennifer Granholm, who is the former Governor of Michigan. The War Room will feature political analysis and election year commentary and premieres in January 2012 at 9 o’clock on Current TV. Daedrian McNaughton of Premier Guide Media had a chance to interview  Al Gore, Chairman and Co-Founder of Current TV and Former Vice President of the United States on the upcoming primetime changes to Current TV.

Congratulations on the new developments within your company. It seems like an exciting time for the Current TV family, as you are now expanding your Primetime programming?

Albert Gore:    Well thank you very much. This is a really exciting for Current TV. The War Room with Jennifer Granholm is right at the core of Current TV’s strategy to be a trusted resource for intelligent and compelling commentary during what is sure to be a very important and fascinating election year with a lot of complex and emotional issues.

How long have you known Miss Jennifer Granholm and why do you feel she is a good fit for Current TV?

Albert Gore: I have known Jennifer Granholm for many years and she has always impressed me as one of the most insightful, intelligent and effective leaders that I have ever worked with, and I don’t just throw that out lightly. I mean it straight from my heart. And I have also watched her in many settings where she provides insights into factors involved in elections and politics that very few people can really articulate the way she does. She has been a supremely talented public servant. She has over these years developed a deep understanding of the issues that are going to be at the heart of this exciting campaign year, and she would be an asset to any news organization and I’m just so thrilled along with my colleagues here that she has chosen Current TV as her home.

Will you watch the show?

Albert Gore:    I am personally looking forward to watching this show. It’s going to be a terrific show, very excited.

As former Governor of Michigan, Miss Granholm has done numerous television appearances but has not done a talk show. Was the decision behind selecting her strategic knowing she had a political background?

Albert Gore:   I have worked with a lot of elected officials, governors and all the way up and down the scale, and I don’t want to say this in a flattering way, but really she is unique.  We all had dinner last night and I was telling her that I sincerely believe that if she had not been born in Canada she would have been a leading candidate for President of the United States, and would have been very possibly the first woman President of the United States.  And I know that sounds like it’s over the top but she has a combination of insight and intelligence and personality that I think is really going to be fantastic on television, and I’m very excited about it.

In the current political climate how do you think she would fare in an election against President Obama?

Albert Gore:    Well that sounds like kind of a trick question, no offense intended. But what I said specifically was that if she had been born in the United States as the Constitution requires of those elected President, that I think she would’ve been a leading candidate and very likely the first woman President. But I’m not going to speculate on what FDR referred to as iffy questions.

Will you be making any public or on air appearances for the upcoming political season?

Will the struggles Michigan is facing right now be addressed on her new show?

Albert Gore:   I’d like to recommend Jennifer’s book, A Governor’s Story: The Fight for Jobs and America’s Economic Future that she co-authored with her husband, Daniel Mulhern because it really lays out the challenge the country is facing. I noticed headline stories just in the last few days about Detroit coming back, about the beginnings of this economic resurgence. Well she laid the groundwork for that, but more importantly and more relevant to the election that we’re facing that she’s going to be covering is that that same struggle is at the heart of this election campaign in America. She went through it. She has been on the front lines and she understands these issues in a way that very few do, so I think the experience that she went through in Michigan and as a leader among governors around the country is directly relevant to the core issues that both Democrats and Republicans are going to be debating in this election year.

What is the ultimate direction for Current TV in terms of programming?

Albert Gore:  We want to provide news and commentary that you won’t find anywhere else in a very compelling and entertaining way. And we emphasize the fact that we are independent, and our commentators and hosts are going to be very direct.  We are not beholden to any corporate ownership. We’re not part of any conglomerate. We don’t view ourselves as being vulnerable to influence from the establishment here, there or anywhere.   We are dedicated to presenting the truth as clearly and as compellingly as we possibly can. And I think that in this day and time where corporate ownership and concentration and multiple agendas are really getting to the point where a lot of people are looking for a fresh and independent unvarnished point of view, that that’s exactly what we’re providing.