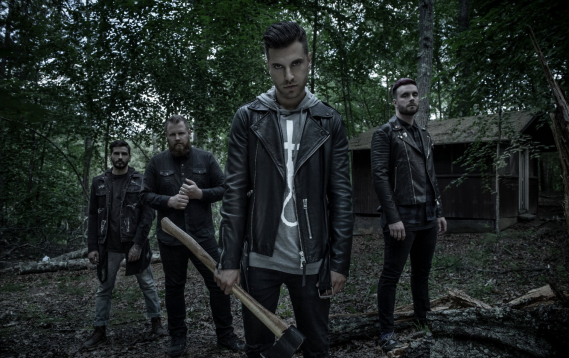 Horror-loving metal outfit Ice Nine Kills combine intense metalcore aggression with a theatrical flair inspired by classic horror films and the occult. They debuted in the early 2000s, switching through styles before focusing on a melodic hardcore sound that helped push the breakthrough 2015 LP Every Trick in the Book onto the Billboard 200.  They kicked off their next album cycle with the release of “The American Nightmare.” which was inspired by A Nightmare on Elm Street. That theme would influence their fifth album, The Silver Scream, which found them fully embracing their passion for horror classics by crafting 13 tracks inspired by 13 movies, such as Friday the 13th (“Thank God It’s Friday”), Saw (“The Jig Is Up”), and The Shining (“Enjoy Your Slay”). The set debuted in the Top 5 of the U.S. Hard Music and Rock charts, rising into the Top 30 of the Billboard 200.