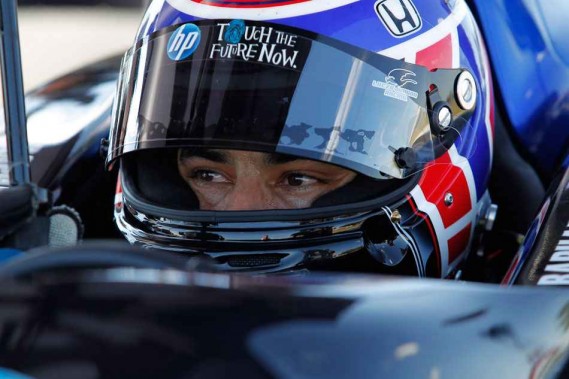 What are you most concerned with at a car race? The performance of your favorite driver and hopes that he/she emerges the winner of the race.

We are often more excited about the end results than the intricacies of any race or anything in life for that matter. The details are often over looked.

Homestead-Miami Speedway hosted the finale of the IndyCar Series on October 1-2, 2010. HP, one of the sponsors of the Luczo Dragon Racing team invited us for a behind the scenes experience to learn the role computers play in racing.

HP is one of the world’s leading technology companies that explores how technology and services can help people and companies address their problems and challenges, and realize their possibilities, aspirations and dreams.

Having very little knowledge of the races, I had a crash course, and on day two (2), I was a fan. Nevertheless, I was excited to observe from the pit and garage the meticulous work by the team of engineers.

On and off the track, they have enhanced the experiences of the drivers as well as the work crew. A booth plastered with logos and colors of HP was fully staffed and equipped with HP notebooks.

What was the reason for all these computers?

We are living in a high-tech world where computers have replaced manual labor for efficency, high performance and has open the doors for better communication and to maintain competitiveness.

HP workstations and mobile PCs are used to design the cars and manage everything from the telemetry to the engine of the team’s car during the race.

From the pit stops, owners, engineers are able to communicate to their drivers while on the track to minimize crashes and to track the car’s performance. It was also interesting to watch how the engineers were glued to their computers.

“Computers are a huge part of what we do,” says Eric Zeto, Chief Engineer at Defferan Dragon Racing. “Everything is based on analysis, data crunching, simulations and calculations in every faucet of the job. We feel naked without them.”

With the use of HP technology, the team can easily identify a problem with the car which makes it easier and quicker for them to respond with a solution.

On day one (1), there was a minor malfunction on the track with the #2 car. The team responded quickly by literally breaking the car in halves and was able to fix the mistake in less than an hour.

According to Eric, they are provided with the best equipment and resources to fulfill their job. “You cannot buy better as a consumer.”