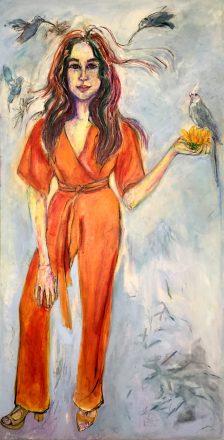 Hollye Davidson, whose art has been shown in exhibits and galleries worldwide, will be featured in an exhibition of her work entitled “Transcendent Beauty” during Miami Art Week.  The show is presented by Neiman Marcus  at the Shops In Merrick Park, 390 San Lorenzo Ave., Coral Gables from Wednesday December 4th through Sunday, December 8th.  A free to the public preview will be held Tuesday, December 3rd from 6 to 9PM.

Delicate and fluid lines, form and carefully chosen color are strong components of Hollye’s work but they only begin to capture the essence of her art.  What comes out most strongly is the emotions of her subjects. From playful to proud, thoughtful to joyful, the range of emotions truly tells the story.

“I want to draw my audience deeper into the art rather than just give them a picture to observe,” states Hollye.  “It is important to me that they not just see the painting, but feel it as well.”

Hollye grew up in Miami where her father, Stanley S. Davidson, was a well-known civic and business leader.  She studied at the University of Miami and while there became an assistant to renowned artist and teacher Gene Massin, who had a profound effect upon her art.  A successful business person in her own right, Hollye created and managed her own electronics company and was also associated with IBM.

But it is her art that has carried her through every phase of her life.  Both the good and bad. 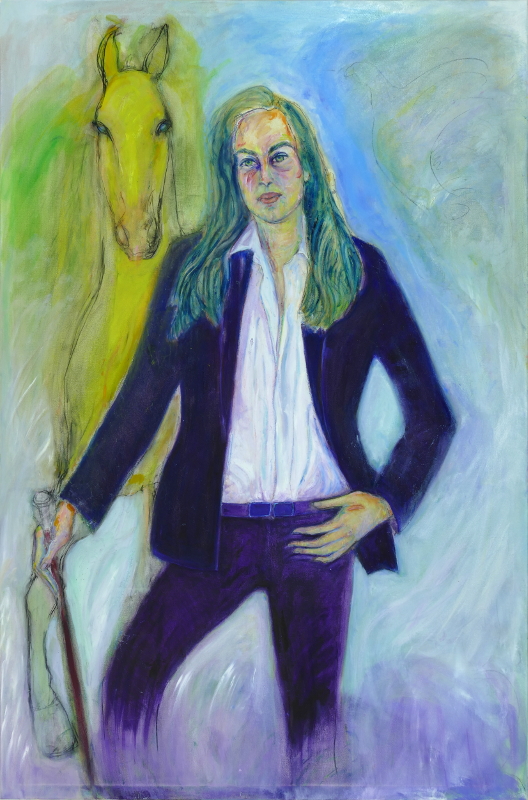 Hollye’s art has always come alive with color and feeling.  From her floral arrangements that became a standard for a hotel chain to her current series of people in and out of her life who are paired with animals (some endangered) that further reflect the emotion of her subjects.  They are dramatic and strong and will be the focus of her Miami Art Week exhibition.

“The forms and features of her figures dramatically rendered as if the artist’s hands never rose from the canvas while capturing the essence of her subjects . . . Davidson offers a soulful look at others that borders on epiphany.”

Hollye Davidson will be exhibiting her latest work At Neiman Marcus in Merrick Park during Miami Art Week Wednesday, December 4th through Sunday December 8th.  A special public preview will be held on Tuesday, December 3rd from 6-9PM.  Neiman Marcus is located at The Shops In Merrick Park, 390 San Lorenzo Ave., Coral Gables.  For more information go to: www.hollyedavidson.com.