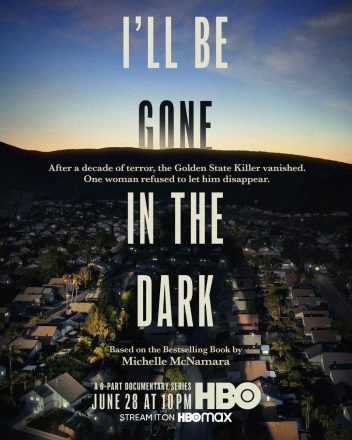 Based on Michelle McNamara’s Best-Selling Book “I’ll Be Gone In The Dark: One Woman’s Obsessive Search For The Golden State Killer”
From Emmy® Winning and Academy Award® Nominated Liz Garbus
CLICK HERE TO WATCH THE NEW TRAILER
I’LL BE GONE IN THE DARK, a six-part documentary series debuting SUNDAY, JUNE 28 on HBO, is based on the best-selling book of the same name and explores writer Michelle McNamara’s investigation into the dark world of a violent predator she dubbed the Golden State Killer. A timely inquiry into our macabre preoccupation with true crime and a cautionary tale of the dangerous lure of addiction, the series is a riveting meditation on obsession and loss, chronicling the unrelenting path of a mysterious killer and the fierce determination of one woman to bring the case to light. The series is directed by Academy Award nominee and Emmy® winning director Liz Garbus and produced by Story Syndicate. Additional directors include Elizabeth Wolff, Myles Kane and Josh Koury.