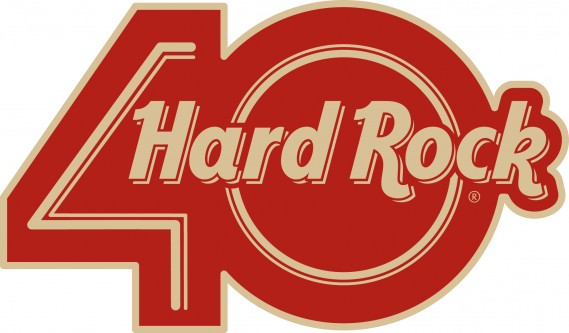 Coming soon to Miami and Hollywood, Fla.!  On Sunday, August 14th, Hard Rock’s 40th Anniversary Memorabilia Tour, featuring memorabilia from the world’s greatest rock legends and icons, will head to Hard Rock Cafe Miami, and then roll on to its next tour stop at the Seminole Hard Rock Hotel & Casino Hollywood, Fla. on August 15th, 16th and 17th!   Fans will have the chance to experience rock history with Hard Rock’s 40th Anniversary Memorabilia Tour, honoring the lives and legends of rock’s greatest, like Jimi Hendrix, Michael Jackson, Elvis Presley and John Lennon, as well as today’s hottest artists, including Justin Bieber, Snoop Dogg and Katy Perry, and many more. From unique clothes and lyrics, to historic instruments and rare personal items, Hard Rock has chosen the top 40 most iconic pieces of music memorabilia from its collection and will take guests through some of the most memorable years in rock history.

Fans will be able to relive some of music history’s most memorable moments and experience some of Hard Rock’s authentic and prized memorabilia.  Items from legendary artists on display include Buddy Holly’s signature glasses; Michael Jackson’s unforgettable jacket worn in the video for “Beat It”; the wedding dress worn by Madonna on the cover of her controversial “Like a Virgin” album; Jimi Hendrix’s custom Flying V; Ray Charles’ Braille Playboy Magazine; Johnny Cash’s handmade Grammer guitar and much more.  Memorabilia from today’s top contemporary artists will also be on tour, from the dress worn by Katy Perry when she famously dove on a birthday cake; and a feathered jacket worn by Brandon Flowers of The Killers; to Justin Bieber’s skateboard; and a coat worn by Snoop Dogg in the movie “Starsky & Hutch.”

Hard Rock’s memorabilia team scoured its vault and searched Hard Rock Cafes and Hotels worldwide to find the best pieces, and with more than 73,000 items in the collection, it was an extremely difficult task.  With so many unique items to choose from, Hard Rock took to its Facebook page and asked fans to vote on the final items included on the tour.  Pieces from AC/DC, KISS, Slash and Kurt Cobain are just a few of the items that won over the hearts of Hard Rock fans worldwide and found a place on this historic tour.

With a total of 171 venues in 51 countries, including 134 cafes and 15 Hotels/Casinos, Hard Rock International is one of the world’s most globally recognized brands. Beginning with an Eric Clapton guitar, Hard Rock owns the world’s greatest collection of music memorabilia, which is displayed at its locations around the globe. Hard Rock is also known for its collectible fashion and music-related merchandise, Hard Rock Live performance venues and an award-winning website. In addition to the two flagship Seminole Hard Rock Hotels and Casinos in Tampa and Hollywood, Fla., Hard Rock Hotels/Casinos are located in Las Vegas, Biloxi, Orlando, Chicago, San Diego, Pattaya, Bali, Macau, Penang, Singapore and Punta Cana.  Additional hotel and casino projects have been announced including Panama Megapolis, scheduled to open in 2011; and Hungary, Dubai and Abu Dhabi, scheduled to open in 2013.  Hard Rock International is owned by Seminole Hard Rock Entertainment, Inc. For further details on Hard Rock Hotels and Casinos, visit www.hardrockhotels.com.  For more information on Hard Rock International, visit www.hardrock.com.