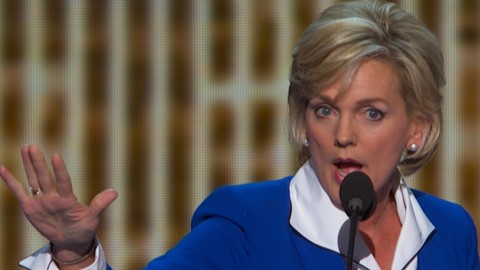 At the Democratic National Convention 2012 held in Charlotte, North Carolina, former Michigan governor Jennifer Granholm had fire in her gut when she delivered one of the most electrifying speech during the forum.

Before her big stage performance at the convention I had an opportunity to speak with the governor.

This political showdown is not new to the governor. She has run tough elections in the past. She may not have been that energetic or bombastic in the past, but politics and the everyday issues affecting people have long been her cause and passion.

After spending two terms a public servant serving as Michigan’s governor, she has become tougher as a speaker and a political analyst.