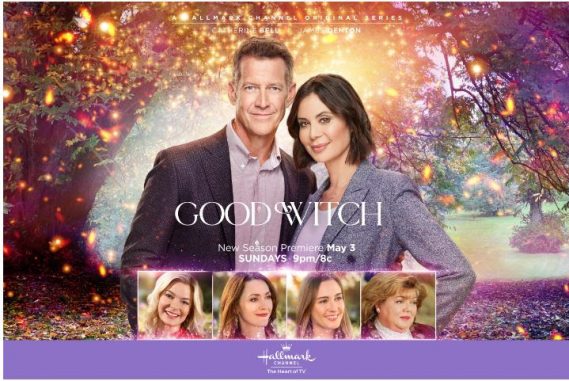 After receiving the perfect gift from Cassie (Catherine Bell) on the morning of their first wedding anniversary, Sam (James Denton) feels the pressure to reciprocate with a meaningful token of his love.  Martha (Catherine Disher) enters a bidding war with her nemesis Dotty (Paula Boudreau, “The Handmaid’s Tale”) for the new mayor’s mansion, which once belonged to a Davenport.  Stephanie (Kylee Evans) and her business partner butt heads about their food truck.  Abigail (Sarah Power) and Donovan (Marc Bendavid) receive “misfortunes” in their fortune cookies that lead to both an unexpected discovery and more information about their families’ curse.  Meanwhile, Cassie hosts a guest at Grey House who hides her mysterious intentions for visiting Middleton. 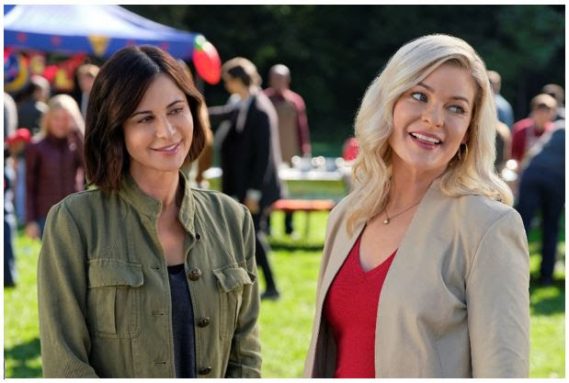 A chili cook-off brings out fierce competition in Middleton and Cassie (Catherine Bell) puts her taste buds to the test as one of the judges while flexing her magical intuition at Grey House.  When Sam (James Denton) finds himself without a crucial ingredient for his chili as the competition nears, he starts a chain of bartering that includes Martha (Catherine Disher), Stephanie (Kylee Evans) and Abigail (Sarah Power).  Martha receives unexpected competition in her once-uncontested run for re-election and may have to put her stubbornness aside to compromise with her potential political adversary.  Stephanie looks to lessons from her past to help a friend’s daughter with her friendship woes.  Abigail inadvertently reveals a secret about her father (Art Hindle, “Christmas in Montana”) when she meets his new girlfriend, and his deception makes her worry about her own relationship with Donovan (Marc Bendavid).  Meanwhile, Cassie unearths a time capsule that reveals information about her current Grey House guest.