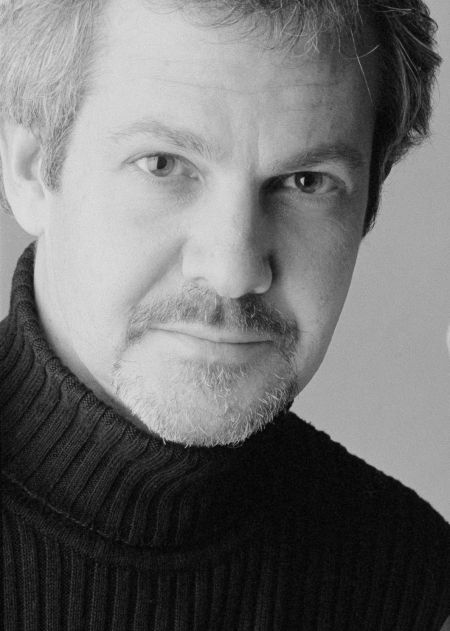 At 3pm on Sunday, February 13, 2011, violinist Gil Morgenstern’s Reflections Series continues its 2010-2011 season with Restless Journeys at the Bass Museum of Art (2100 Collins Avenue). This concert, taking its theme from the Bass Museum of Art’s exhibition ISAAC JULIEN/Creative Caribbean Network, will explore the influence of location and dislocation on composers and their works.

Whether spiritual or political, voluntary or forced, the diaspora has left an indelible mark on the works of many artists. Music to be performed will compare and contrast how politics, war, self-imposed and forced exile, and foreign musical styles are reflected in the composers’ works. Joined by pianist Jonathan Feldman, the concert includes music by Ernest Chausson, Erin Schulhoff, Bedrich Smetana, Frédéric Chopin and Leoš Janá?ek who, while awaiting the arrival of Russian forces as liberators, stated: “…in the 1914 Sonata for violin and piano I could just about hear the sound of the steel clashing in my troubled head…”

This final concert, celebrating the Bass Museum of Art’s permanent collection, will feature Arnold Schoenberg’s iconic Verklärte Nacht (Transfigured Night) in its astonishingly faithful trio version. The program explores music that is poised on the brink of new eras, music that looks both backwards and forwards – transcending politics and social tensions of the day.

About Gil Morgenstern: Acclaimed for his artistry and technical brilliance, violinist Gil Morgenstern is devoted to exploring and expanding the possibilities for inventive classical music programming. His vision is to present the audience with a more complete concert experience, meticulously curated from start to finish, by organically integrating music with other artistic disciplines in innovative and unexpected ways. The New York Times describes Mr. Morgenstern as a, “brilliant and musically curious artist.”

A violinist with a long history of performing in the world’s great concert halls, Mr. Morgenstern’s career has taken him to international venues including Wigmore Hall, London; Cultural Center Concert Hall, Hong Kong; the American Academy, Rome; Salone dei Cinquecento, Florence; El Teatro Sucre, Quito; Arts Centre and State Theatre, Melbourne, Australia. He has also toured the U.S. extensively, performing in recital and as guest soloist with many leading orchestras including the symphonies of St. Louis, Baltimore, Louisville, Indianapolis, Denver, Milwaukee, New Jersey and North Carolina. New York Times has hailed his playing as “a perfect demonstration of supreme ability;” “a rare poet of the violin” reported The South China Morning Post;  “Morgenstern played a program that tested every part of a violinist’s equipment and he did it all beautifully,” wrote The Washington Post

Mr. Morgenstern’s discography includes works by Beethoven, Fauré, Copland, Ravel, Kodaly, Sessions and the award-winning American composer George Tsontakis.  His latest recording, 20th Century Duos for Violin and Cello, was the No. 1 classical CD for over a month on eMusic, the largest online store for independent music in the world, and was one of the top ten best selling classical music albums on Amazon.com. Of the CD The New York Times raved, “the music is terrific and the performances compelling on this surprisingly exciting and excellently engineered recording.” Mr. Morgenstern records for the MMC, Engine Company and Koch International Classics labels, and can regularly be heard on National Public Radio and classical music radio stations across the country.

Highlights of Mr. Morgenstern’s recent seasons include performances with the Julliard Dance Company at Lincoln Center, NCNY Dance Company at An Appalachian Summer Festival and with the Brooklyn Ballet; the premieres of staged versions of The Epic of Gilgamesh, Venus and Adonis with Claire Bloom and John Neville, and Samuel Beckett at 100 at New York City’s 92nd Street Y and at Harvard University.  Mr. Morgenstern’s performance in the Nine Circles Chamber Theatre production of When Samson Met Delilah toured Holland to rave reviews and his recent appearance in Toronto was broadcast throughout Canada on CBC. He also appeared as violin soloist in U.S. Poet Laureate Robert Pinsky’s translation of Dante’s Inferno, which toured the country and was broadcast on PBS and NPR, for which it received a Peabody nomination. In addition, his Falling Bodies, an original Nine Circles Chamber Theatre work of music and words based on the lives of the scientist-poet Galileo Galilei and poet-scientist Primo Levi, sold-out performances in New York and is now touring internationally.

About Jonathan Feldman: New York Philharmonic pianist Jonathan Feldman, recognized by colleagues and critics alike as an extremely accomplished ensemble player and accompanist, has performed on four continents with some of the world’s greatest instrumentalists. Among these have been the legendary Nathan Milstein, Itzhak Perlman, James Galway, Joshua Bell, Kyung Wha Chung, Zara Nelsova, and Sarah Chang. Mr. Feldman also enjoys an active solo career performing throughout the United States and Europe. As a chamber musician, he appears in concert regularly as a member of the Zephyr Trio. Mr. Feldman has also participated in many summer festivals, notably Tanglewood, Bridgehampton Music Festival, Music from Angel Fire in New Mexico, the Aspen Music Festival, and the Music Academy of the West in Santa Barbara, California, where he is chairman of the Collaborative Piano Department.

A dedicated teacher, Mr. Feldman has given master classes throughout the United States and has lectured at the University of Maryland International Piano Festival and William Kapell Competition on “The Collaborative Pianist.” In the fall of 1989, Mr. Feldman joined the faculty of The Juilliard School where he now serves as chairman of the Collaborative Piano Department. A graduate of Juilliard, his teachers have included Dorothy Taubman, Rosetta Goodkind, and Irwin Freundlich. He has recorded for Angel/EMI, Cala, Columbia Masterworks, Naxos, Nonesuch, RCA Red Seal, and Summit records. His most recent recording is with Gil Shaham for DGG. Mr. Feldman lives in New Jersey with his wife, Judith LeClair, who is the Principal Bassoonist of the New York Philharmonic, and their young son, Gabriel. For more information, visit www.nyphil.org/meet/orchestra/.