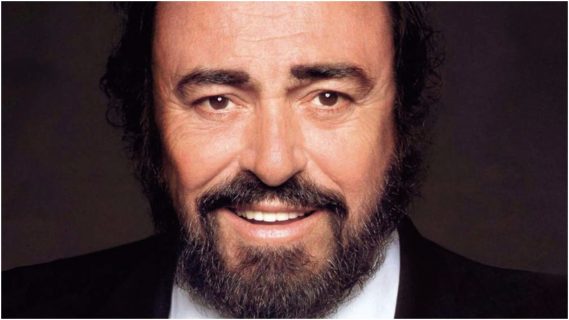 Pavarotti made his first American debut with Florida Grand Opera in 1965.

Florida Grand Opera will bring the late beloved tenor Luciano Pavarotti back to South Florida where he made his American debut in 1965. This exclusive screening event will give patrons an early opportunity to experience the new documentary film “Pavarotti.” The Ron Howard-directed film follows the renowned singer over the course of his prolific career, from his earliest beginnings to the very last days of his life, revealing previously unknown details about the legendary tenor and show casing the incredible sounds and music from the man credited for bringing an “elite art form to the masses.” The June 18 event, which is part of the lead up to the film’s North American theatrical release, includes a special introduction from Ron Howard, in which he speaks to his unique role as director and personal connection to the project.

Tickets for “FGO’s Pavarotti Miami Premiere Screening Event” will be invitation only. The evening will include the screening and a panel discussion moderated by FGO’s preeminent and renowned pre-opera talk lecturer, Justin Moss.

“As a film maker, and more importantly a lover of music, Luciano Pavarotti’s story has always interested me, and I am honored to be able to share his life, music and personality with audiences everywhere,” said Ron Howard. “He revolutionized opera by bringing it to all people and I am grateful to pay tribute to his legacy.”

From the filmmaking team behind the highly acclaimed documentary “The Beatles: Eight Days A Week – The Touring Years,” “Pavarotti” is a riveting film that lifts the curtain on the icon who brought opera to the people. This cinematic event features history-making performances and intimate interviews, including never-before-seen footage and cutting-edge Dolby Atmos technology. “Pavarotti” will give audiences around the world a stunningly intimate portrait of one of the most beloved entertainers of all time. A CBS Films, Polygram Entertainment, Brian Grazer presentation, “Pavarotti” is an Imagine Entertainment and White Horse Pictures production. (Source: PR Newswire, 2019).

“We are thrilled to partner with CBS Films to give FGO patrons this exclusive first look at ‘Pavarotti,’ said FGO’s General Director and CEO, Susan T. Danis. “Our large community of classical music and documentary lovers will come together in South Florida to enjoy this highly anticipated film.”

At 29 years of age, Pavarotti made his American debut in 1965 at the Greater Miami Opera (now Florida Grand Opera). The opera was Donizetti’s Lucia di Lammermoor, and his partner was the world-renowned Australian soprano Joan Sutherland. This was the beginning of a legendary partnership that would take the two stars to virtually all of the world’s leading opera houses, and produce a sizable collection of definitive recordings that continue to inspire new generations of opera lovers. Pavarotti returned to Miami during his career to perform in La bohème in 1972 and 1978, The Elixir of Love in 1975, Tosca in 1981, and A Masked Ball in 1983.