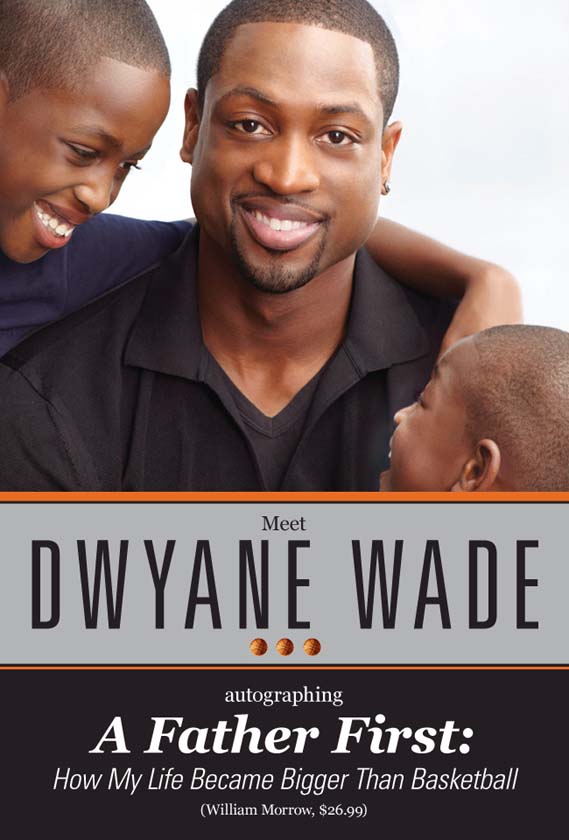 On Sunday, June 30, 2013, live from the Nokia Theatre L.A. Live, Miami Heat shooting guard Dwyane Wade will be honored with the BET Awards ’13 Humanitarian Award presented by State Farm for his commitment to excellence and dedication to community and worldly charitable causes.  R&B singer Miguel has been added to the line-up of mega-star performers who will rock the BET Awards ’13 stage. Hosted by actor and comedian Chris Tucker, the show will also include electrifying performances by platinum recording artist Chris Brown, R. Kelly and many more.

Dwyane Wade, affectionately known as D. Wade, has established himself as one of the most well-known figures in sports. Currently in the 2013 NBA playoffs, Wade consistently proves his athleticism and prowess on the court and continues to be a role model to people of every generation.  Celebrating its 10th anniversary this year, he founded the Wade’s World Foundation in 2003, which provides educational support in the focus area of literacy, health, and mentor/fatherhood initiatives to youth in underserved communities primarily in Chicago, Milwaukee, and the South Florida region. In 2010, he co-founded with former teammate Alonzo Mourning the “Athlete’s Relief Fund for Haiti,” which raised over $1 million for relief efforts due to the earthquake. Wade is dedicated to raising awareness about the importance of fatherhood. In 2011, he was appointed to President Obama’s Fatherhood Task Force and this past year became a New York Times best-selling author of A Father First: How My Life Became Bigger Than Basketball.

This year the activity and excitement expands with the first ever BET Experience at L.A. LIVE!  This three-day festival filled with comedy, gospel and soulful music concerts, seminars, film screenings, “106 & PARK” tapings and so much more will build anticipation for the finest BET Awards show yet.

GRAMMY award-winning hip-hop group The Roots will hit the stage to perform on Saturday, June 29 at Club Nokia during the BET Experience at L.A. LIVE.  The group will delight fans with their classic hits and new material at this intimate concert.  In addition, they will curate a one-time-only hip-hop experience with some very special guests.  Joining the legendary Roots crew will be an illustrious group of guest hip-hop artists to include multiple GRAMMY award-winner and hip-hop icon Nelly; GRAMMY® award-winning artist/songwriter and actress Eve; hip-hop pioneer, DJ and actress MC Lyte; and West Coast rap innovator, Too $hort.

This year for the first time, the general public can purchase tickets to the BET Awards with a BET Experience VIP Package, which also includes 3-day tickets to nightly concerts at the Staples Center. http://www.axs.com/betexperience

BET.com/BETAwards (http://www.bet.com/shows/bet-awards.html) is the official site for the BET Awards ’13 and features content on nominees and award recipients. The microsite site will feature exciting interactive consumer elements and include information for ticket purchase, events, schedules and registration.

BET Mobile will return on June 3 rd with the official BET AWARDS app on iPhone and Android devices with exclusive photo, video and interactive content.