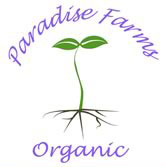 Gabriele Marewski of Paradise Farms Organic announces another season with a stellar line up of Miami’s best chefs!

Prepare yourself for an incredible evening of rustic decadence as Dinner in Paradise takes you away to a lush and tropical setting.  Upon arrival, guests enjoy a welcome reception with delicious hor d’oeuvres, before heading off on a farm tour, conducted by Gabriele that encompasses this beautiful five acre organic paradise and its fruit trees, edible flowers, mushrooms, and fragrant herbs.  As the sun sets on the evening, the magic truly gets underway.

An unforgettable evening notable for its unique ambiance, fabulous foods prepared by award winning chefs, and world class wines paired with each course, all served al fresco under the magnificent starry sky. Dinner in Paradise was created in 2005 by Gabriele Marewski and James Beard Award winning chef, Michael Schwartz of Michael’s Genuine Food & Drink to raise money for worthy causes and create awareness of local farms, cuisine and chefs.  It has been featured in local to national culinary and travel publications and television shows – from Rachael Ray’s Vacation and Emeril Lagasse’s Fresh Food Feast to feature coverage in the Miami Herald, Food & Wine and countless other publications.

This year, Dinner in Paradise proceeds benefit The Urban Oasis Project (www.urbanoasisproject.org). Urban Oasis Project is a not for profit organization, whose mission it is to make fresh local food available to every one.  Paradise Farms’ Ready to Grow garden beds will be installed in Liberty City and homeless shelters that house children in Miami Dade County. Gabriele believes strongly that everyone especially children should have the opportunity to connect with nature.

Sponsors for the series include Whole Foods Market , who provide product to participating chefs;  Schnebly Redland’s Winery and their local, tropical wines; Lucini Italia with their amazing organic olive oil, vinegars and sauces and Café Don Pablo with their delicious Columbian coffee. Brustman Carrino Public Relations helps publicize the dinners, while FIU School of Hospitality and Le Cordon Blue are providing outstanding service and front of the house management. Shari Gherman, Sommelier and President of the American Fine Wine Competition and the Gold Medal Wine Tour, is the Wine Director.  She brings a selection of fine wines that she will pair with the dishes prepared at the dinners.  This year’s wine sponsors include elite suppliers like Prestige Imports, Duckhorn Vineyards and Strategic Imports.  Our official wine retailer is Sunset Corners.

Dinners are scheduled from December through February and begin at 5 PM with a cocktail reception followed by a farm tour.  Dinner begins at 6 PM.  March & April dinners will begin at 7PM with the cocktail reception at 6PM.  Each dinner, priced at $165.50 (tax and google fee included), features five courses made with local, organic products, paired with top quality wines. Schedule is subject to change. Please visit www.paradisefarms.net for updates and to make reservations.