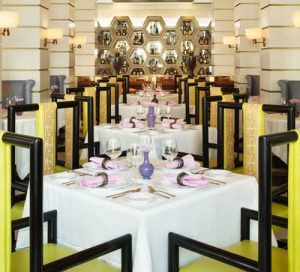 Eos at Viceroy and The Restaurant at The Raleigh, two of Miami’s poshest restaurants, will be partnering with CARE Resources, a locally based non-profit HIV/AIDS service organization as part of an international fundraiser called Dining Out for Life. On April 29, both Eos and The Restaurant will donate a significant 25% of their revenues to the cause. Additionally, diners who make an extra donation of $20 will receive a 20% Off Tuesday card, which will allow patrons to received a 20% discount from their food bill every Tuesday until April 26, 2011.

ABOUT EOS
Eos, Greek for “dawn”, symbolizes new beginnings. The word encapsulates both an ethereal lightness, a characteristic of the restaurant’s cuisine, and the whimsical, dramatic feeling of this modern space. Eos’ literal meaning of ‘new dawn’ also alludes to the new, refined interpretation of the ‘small plate’ concept for Miami.

ABOUT THE RESTAURANT
One of Miami’s most cherished landmarks has one of the most delectable restaurants in town, simply named The Restaurant. The comfortable and cozy atmosphere smoothly transports patrons from the beachy outdoors to a fine dining setting in mere footsteps. Fine dining cuisine that fits its art deco setting and the use of local ingredients turned into masterpieces.