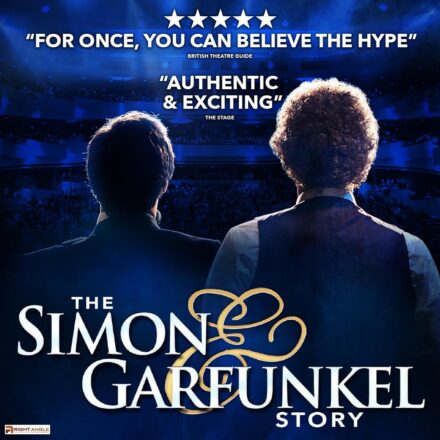 The Simon & Garfunkel Story Coming to Coral Springs Center for the Arts on February 9, 2023

Tickets Go On-Sale This Friday at 10 am

(Coral Springs, FL – September 7, 2022)- The internationally-acclaimed hit theater show The Simon & Garfunkel Story will stop by the Coral Springs Center for the Arts on Thursday, February 9, 2023, during the coast-to-coast U.S. tour. The immersive concert-style theater show chronicles the amazing journey shared by the folk-rock duo, Paul Simon and Art Garfunkel. It tells the story from their humble beginnings as Tom & Jerry to their incredible success as one of the best-selling music groups of the ‘60s to their dramatic split in 1970. It culminates with the famous “The Concert in Central Park” reunion in 1981 with more than half a million fans in attendance. Go to www.thesimonandgarfunkelstory.com for show and ticket information.

Tickets for The Simon & Garfunkel Story at the Coral Spring Center for the Arts start at $62. They go on public sale this Friday, September 9, at 10 am by calling the Box Office at 954-344-5990 or by going online to TheCenterCS.com. The state-of the-art performing arts center is located at 2855 Coral Springs Drive (33065).

Using state of the art video projection, photos and original film footage, the show also features a full live band performing all their hits, including ‘Mrs. Robinson’ (featured in the 1967 film The Graduate), ‘Cecilia’, ‘Bridge Over Troubled Water’, ‘Homeward Bound’ and many more.

With more than 100 million album sales since 1965, Simon & Garfunkel’s perfect harmonies and songs that poignantly captured the times made them one of the most successful folk-rock duos of all time. Over the years, they won 10 Grammy Awards and were inducted into the Rock and Roll Hall of Fame in 1990. In 1977, their Bridge Over Troubled Water album was nominated at the 1977 Brit Awards for Best International Album. In 2003, Simon and Garfunkel were awarded a Grammy Lifetime Achievement Award and the following year saw their “The Sound of Silence” awarded a Grammy Hall of Fame Award.

Information about The Simon & Garfunkel Story can be found at: http://www.thesimonandgarfunkelstory.com.

Headed by Dean Elliott, Maple Tree Entertainment Ltd is a theatrical production company that specialize in creating, presenting, and producing high quality music, drama and musicals both in the UK and across the world. Maple Tree Entertainment’s flagship show ‘The Simon & Garfunkel Story’ has been seen by hundreds of thousands of people across the world and is still today the leading theatrical show concerning Simon & Garfunkel. The company is committed to extremely high-quality work and will always have the satisfaction of the audience as its main driving goal. www.mapletreeentertainment.com

Quatro Entertainment co-produces The Simon & Garfunkel Story, The Life and Music of George Michael, The British Invasion – Live on Stage and promotes national Broadway touring shows. With offices in Calgary and Victoria, they present hundreds of events across North America each year. Recent Broadway touring shows include Dirty Dancing, Kinky Boots, Rock of Ages and The Illusionists. For more information visit: http://quatroentertainment.com/