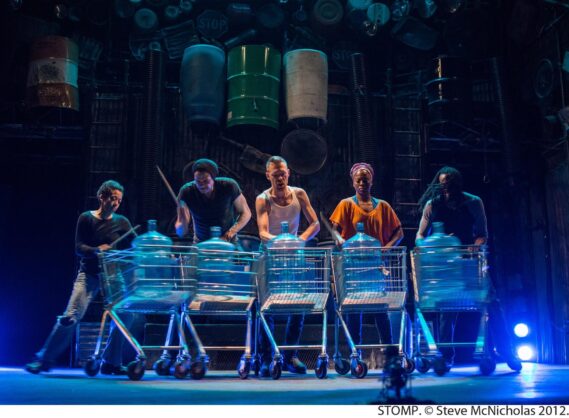 COMES TO CORAL SPRINGS CENTER FOR THE ARTS

(STOMP, the international percussion sensation, makes its Coral Springs premiere at the Coral Springs Center for the Arts on Wednesday, February 2, 2023, at 7:30 pm  From its beginnings as a street performance in the UK, STOMP has grown into an international sensation over the past 28 years, having performed in more than 50 countries and in front of more than 24 million people.

Created by Luke Cresswell and Steve McNicholas, STOMP continues its phenomenal run with four global productions: the ongoing sell-out production at New York’s Orpheum Theatre, a permanent London company, and North American and European tours. Throughout its life, the show has continued to change by creating new material; next year/this year (depending on when release goes out), it will incorporate two new pieces.  It is safe to say you will never again look at supermarket carts  or plumbing fixtures the same way… or paint cans, or kitchen sinks or…

STOMP, an overwhelming success marked by rave reviews, numerous awards, and sell-out engagements, is the winner of an Olivier Award for Best Choreography (London’s Tony Award), a New York Obie Award, a Drama Desk Award for Unique Theatre Experience, and a Special Citation from Best Plays.

In addition to the stage shows, STOMP has been an overwhelming success marked by rave reviews, numerous awards, an Academy Award nomination, four Emmy nominations and one Emmy Award for their acclaimed HBO special Stomp Out Loud, noteworthy TV appearances including The London 2012 Olympic Games Closing Ceremony, The Academy Awards (produced by Quincy Jones), Mister Rogers’ Neighborhood, and a series of award-winning international commercials.

The performers “make a rhythm out of anything we can get our hands on that makes a sound,” says co-founder/director Luke Cresswell.  A unique combination of percussion, movement and visual comedy, STOMP has created its own inimitable, contemporary form of rhythmic expression: both household and industrial objects find new life as musical instruments in the hands of an idiosyncratic band of body percussionists.  It is a journey through sound, a celebration of the everyday and a comic interplay of characters wordlessly communicating through dance and drum.

Critics and audiences have raved: “STOMP is as crisp and exuberant as if it had opened yesterday,” says The New York Times. The San Francisco Chronicle declares “STOMP has a beat that just won’t quit!” The Los Angeles Times exclaims: “Electrifying! Triumphs in the infinite variety of the human experience.” “A phenomenal show! Bashing, crashing, smashing, swishing, banging and kicking – a joyous invention!” says the Chicago Tribune. 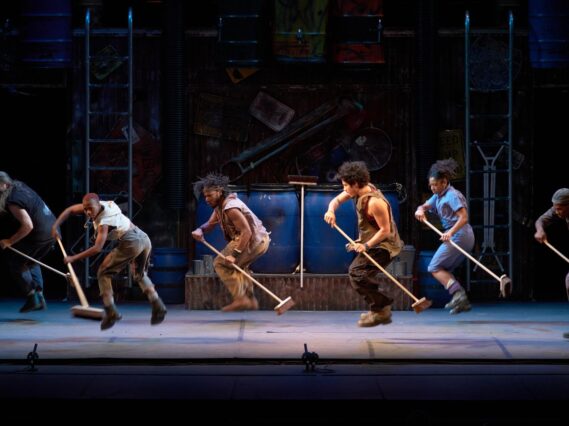 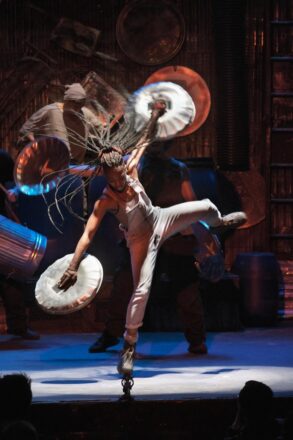 About the Coral Springs Center for the Arts

The Coral Springs Center for the Arts (also known as THE CENTER) brings the finest in music, dance, comedy and more to the community, offering a variety of entertainment and artistic events for all ages and interests. From the best of Broadway to top comedians, jazz and pop concerts, and a diverse selection of family productions, the theater has something for every taste. It is the cultural lifeblood of the community, with approximately 200,000 people visiting the facility yearly.

In addition to the intimate 1,471-seat theater, the Coral Springs Center for the Arts houses a dramatic dance studio, a variety of meeting rooms for corporate and private events and the elegant Coral Springs Museum of Art. Along with the museum’s permanent collection, every three months they offer new exhibits for the enjoyment of its patrons.

The Coral Springs Center for the Arts is truly unique in all that it offers as a cultural resource for North Broward and South Palm Beach Counties. Easily accessible from the Sample Road exits off I-95, the Florida Turnpike and the Sawgrass Expressway, the Coral Springs Center for the Arts draws audiences preferring an intimate theater experience and museum visit closer to home. For more information, please call 954-344-5990 or visit the official website at www.TheCenterCS.com.