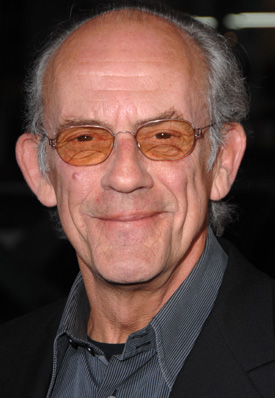 Christopher Lloyd, Uncle Fester in The Addams Family and Doc Brown from the “Back to the Future” movies, guest stars on FOX weekly series, Fringe. The three time Emmy award-winning actor took some time to discuss his upcoming role on the series. Christopher who is an introvert in his personal life can relate to his role as Roscoe Joyce, a 1970’s musician from the the band Violet Sedan Chair who lives a distant lifestyle and has totally retreated from society.

In “The Firefly,” Lloyd guest stars as Roscoe Joyce, a musician a 1970s band called Violet Sedan Chair. It happens to be the favorite band of Noble’s character, the slightly off-kilter scientist Walter Bishop. After suffering some big losses and watching his star fade, Joyce shut himself off from society.

An Observer makes contact with the Fringe Team to help rectify a mistake. Meanwhile, Walter befriends Roscoe Joyce, keyboardist for Walter’s favorite 1970s band, “Violet Sedan Chair.” Walter will learn the real reason the band broke up, and realize that the lives of these two men, who have never met before, overlap in strange and unexpected ways.

Christopher Lloyd who has played varied roles and characters throughout his career was extremely excited to join his old friend John Noble on set to reminisce.

Christopher, please share with us on what to expect on the upcoming episode of Fringe.

Christopher Lloyd: I was very excited about this role. I had this episode that was a very interesting piece to work with. My character goes through an experience that he never anticipated would have happened to him, and his efforts had to adjust and adapt to that and hope for a good outcome.

Christopher Lloyd: I am not a piano player. I had piano lessons growing up. I am not a piano player but they made it so I could pound on the keys without making any noise, and follow the goal of what they have written at that point for me to play. I pretended I was playing the piano all the time. I have a feeling of the body movement that went along with it, so hopefully that hold me through. The script gave me so much information and clues that I was able to follow. 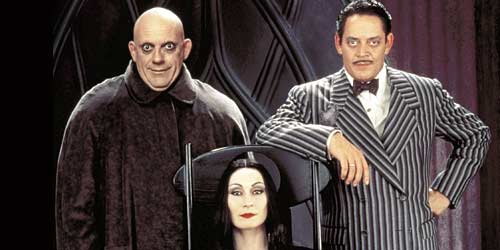