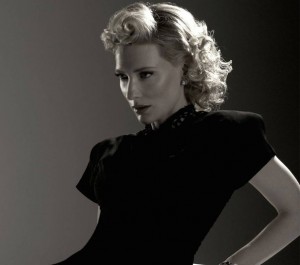 Sundance Channel and GREY GOOSE Entertainment® today announced the return of Iconoclasts for its fifth season. The critically-acclaimed program, described as “one of the best documentary series on television,” by USA Today, will feature iconic names in film, food, science and culture as part of the series’ fifth season.  The first episode will debut on the Sundance Channel, Saturday, October 2nd at 9pm et/pt.

“When you look at the 60 people we’ve covered in Iconoclasts over these five seasons you see a roster of some of the brightest and most creative stars in the worlds of the arts and entertainment, business and community.   And the unique and intimate format of this show allows us to not only understand their work, but to be inspired by their risk-taking and originality,” comments Sarah Barnett, EVP and General Manager of Sundance Channel.

In a fresh and original approach to the traditional interview program format, Iconoclasts captures the essence of these headline-makers through the eyes of the creative innovators who respect and admire them the most. During the segments, the pairs visit each other’s worlds and share their inspirations and motivations that have made them who they are today.

“Iconoclasts is unique in that it provides viewers with an inside glimpse into the real people behind the public personae,” comments Emil Jattne, Senior Brand Manager, GREY GOOSE Entertainment. “Over the years, we have featured an incredible array of leading innovators who have had a profound impact on culture, and this year’s lineup is no different.”

The fifth season of Iconoclasts is co-produced by @radical media and GREY GOOSE Entertainment and directed by Joe Berlinger and Bruce Sinofsky (the filmmakers behind Brother’s Keeper and Metallica: Some Kind of Monster).

Blended and bottled in the celebrated Cognac region of Western France, GREY GOOSE Vodka is truly a unique offering.  Every element that goes into its production ensures that GREY GOOSE Vodka stands alone as the “World’s Best Tasting Vodka.” The 80 proof super-premium spirit is packaged in beautiful frosted glass bottles, with a clear window in the shape of a Grey Goose silhouette that allows a peek at the flight of the Grey Goose across the majestic Massif Central Mountains.  Each bottle is sealed with a cork stopper and an elegant foil closure. The GREY GOOSE portfolio is comprised of GREY GOOSE Vodka, GREY GOOSE La Poire, GREY GOOSE L’Orange and GREY GOOSE Le Citron flavored vodkas.

Bacardi  U.S.A.,  Inc. is the import, sales and marketing arm of one of the world’s  leading  wine and spirits producers. Bacardi U.S.A. boasts a brand portfolio  of  some  of  the most recognized and top-selling spirits in the United   States   including:   BACARDI®   rum,  the  world’s  favorite and best-selling  premium  rum,  as  well as the world’s most awarded rum; GREY GOOSE®  vodka,  the  world-leader  in  super-premium vodka; DEWAR’S® Blended Scotch whisky,  the number-one selling blended Scotch whisky in the United States; BOMBAY  SAPPHIRE®  gin, the top-valued premium gin in the world; CAZADORES® blue  agave  tequila,  the  top-selling premium tequila worldwide; MARTINI® vermouth,  the  world-leader  in  vermouth;  and other leading and emerging brands.

@radical.media is a global transmedia company that creates some of the world’s most innovative content. The company produces and distributes television, feature films, commercials, music programming, digital content and design. @radical.media has produced award-winning projects, including the Academy Award®-winning documentary The Fog of War; the Grammy Award-winning Concert for George;  the Independent Spirit Award-winning Metallica: Some Kind of Monster; the pilot episode of the Emmy® and Golden Globe winning series Mad Men; the Emmy-winning 10 Days That Unexpectedly Changed America for the History Channel; the critically acclaimed series Iconoclasts for the Sundance Channel and more recently, the documentary Summit on the Summit for MTV.  The company is currently in production on programs for HBO, MTV, Discovery’s Planet Green and OWN.

When: December 2, 4:00pm to 5:00pm VICE x Art Basel Miami Beach presents Kimberly Drew in conversation with Jerome Lamaar, Shannon Stokes and Talia Bella When we look back to…