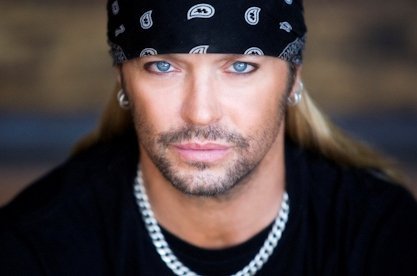 The Miami Dolphins announced today that legendary rock icon BRET MICHAELS, will be the headline act at the Land Shark Tailgate Stage on the AT&T Grand Plaza at Sun Life Stadium on Monday, October 4th, prior to the Dolphins-Patriots game. Opening for Michaels will be the rock & roll quartet from Boston, MA. TAB the BAND, who will perform live on-stage starting at 7:30 p.m.

Following his triumph on the latest season of Donald Trump’s reality show, Celebrity Apprentice, and after three seasons of his own VH-1 reality series, Rock of Love, Bret Michaels will take to the stage for an exclusive South Florida appearance to perform a medley of acoustic tracks, including the popular Poison classics “Something To Believe In” and “Every Rose Has It’s Thorn.” Bret Michaels’ fourth solo album “Custom Built,” was released during his recent U.S. tour with his group, The Bret Michaels Band, and features the duet with Miley Cyrus, “Nothing To Lose,” a cover of the rock group Sublime’s “What I Got,” and a version of Poison’s biggest hit “Every Rose Has Its Thorn.”  Micheals is currently filming his new docu-series “Bret Michaels: Life As I Know It,” premiering October 18th.

“Performing in front of such a passionate group of rivals fans will be an extra special experience for me,” said Bret Michaels.  “After being such a long-time Pittsburgh Steelers fan, football has always been in my blood.  I look forward to being part of South Florida’s biggest party!”

Grammy Award-winning singer, Kelly Rowland, will perform a number of popular tracks for the half time show from the stadium’s new nightclub venue, LIV, including “Whe 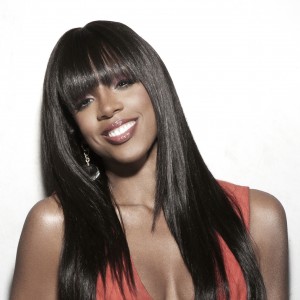 n Love Takes Over,” “Independent Woman” and “Survivor.”  Kelly will be performing to commemorate NFL Breast Cancer Awareness Weekend and part of her show will include an appearance by breast cancer survivors from the Susan G Komen For The Cure foundation, who will be brought out on to the field for recognition by Kelly and those in attendance at the stadium.  NFL Breast Cancer Awareness PSAs by Kelly Rowland will also run in the stadium throughout the game.

“I am honored to perform at the Monday Night Football game between the Miami Dolphins and New England Patriots,” said Kelly Rowland.  “Breast cancer awareness is something particularly important to me, and I am thrilled to be working with survivors from the Susan G. Komen For The Cure foundation.  I believe everyone should appreciate what these women have overcome in their lives to be with us today.”

After an exciting five weeks on tour, sharing the stage with industry giants Stone Temple Pilots and Slash, in support of their new album ZOO NOISES, TAB the Band will be the opening act on the Land Shark Tailgate Stage and perform a number of tracks from the album, including the percussive “She Said No (I Love You)” and the breakneck hooks of “Bought and Sold.”

“After being on the road for weeks, playing different venues all around the country, we’re looking forward to bringing our talents to Miami, much like LeBron James, except with less height.” says TAB front man Adrian Perry.  “Being a part of this event will be an incredible experience. We’re huge football fans, and it’s pretty special to contribute to the American spectacle that is Monday Night Football.”

Adrian and Tony Perry founded TAB the Band and after a life of playing and being surrounded by music, they are now being hailed as “the next big thing” as they continue to garner positive press.  TAB has been heard on Howard Stern, HBO’s Entourage, CBS’ CSI: NY, FX’s The Riches, Fuel TV, ESPN and MTV’s Jersey Shore among others.  The New York Post recently chose TAB as the subject of a full-page feature piece.

To purchase tickets to the Dolphins-Patriots game on Monday, October 4th and its “Monday Night Football” telecast on ESPN starting at 8:20 p.m. (EST), that includes the Bret Michaels pre-game concert with TAB the Band on the Land Shark Tailgate Stage at the AT&T Grand Plaza, visit www.MiamiDolphins.com or call 1-888-FINS-TIX (1-888-346-7849).

Media Check-in next to Orange Carpet (enter through Gate 4)