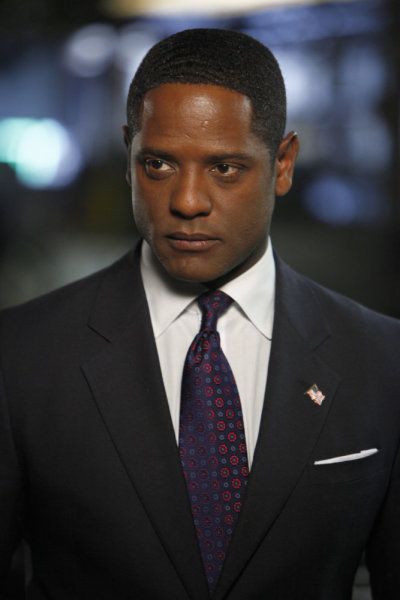 “The Event” is an emotional, high-octane conspiracy thriller that follows Sean Walker (Jason Ritter, “The Class”), an Everyman who investigates the mysterious disappearance of his would-be fiancée, Leila (Sarah Roemer, “Disturbia”), and unwittingly begins to expose the biggest cover-up in U.S. history. Sean’s quest will send ripples through the lives of an eclectic band of strangers, including newly elected U.S. President Elias Martinez (Golden Globe nominee Blair Underwood, “In Treatment”); Sophia Maguire (Emmy Award nominee Laura Innes, “ER”), who is the leader of a mysterious group of detainees; and Leila’s shadowy father (Scott Patterson, “Gilmore Girls”). Their futures are on a collision course in a global conspiracy that could ultimately change the fate of mankind.

Best known for his role as attorney Jonathan Rollins on NBC’s legal drama L.A. Law, In The Event, Blair Underwood portrays the newly elected U.S. President Elias Martinez. In our conversation he discusses his role as commander-in-chief, looking forward to working with Oscar Winning cinematographer, Janusz Kaminski and touched on his new book “From Cape Town with Love” and “South By SouthEast.”

Mr. President, how do you intend to solve the global economic crisis? And what have you pulled from the current and previous Presidents to guide you through the series?

Blair Underwood: You are funny. Well, the biggest lesson is that they’re all so different. I mean their personalities and their backgrounds make them all so uniquely different. So that was important to understand.  People talk about being presidential. What is presidential? And to me it’s someone who can engender trust and people will believe in him to follow his gut and his instincts to lead the country in the right direction, whatever that means. That’s different for everybody. But you have to believe in that person.  Beyond that, I think it’s trying to be as truthful and as honest and sincere as possible to do whatever you feel is the best way to lead a country. The events are coming fast – the events; no pun intended. But they’re coming fast and furious. But it makes me think not only of Egypt but I mean Iran last year and everything that’s always going on in the world’s stage; especially in the shows of the President. Just the sheer weight and gravity of the office and the responsibility of the President of the United States. How daunting that must be to try to sift through that and try to stay one step ahead of what’s really going on. I want to make sure I always say that of course I’m not playing the current President; President Obama. But you can’t help but be aware of course and possibly influenced by the fact that you have a youthful, family oriented, newly elected president. In the last year I have become more interested in watching historical events and documentaries. I was watching one on President Reagan, because now it’s a whole different perspective on that life lived inside the walls of that White House and behind that Oval Office desk. So I find I’m much more interested. I find myself pulling different pieces here and there and there’s always the person that the President is and then there’s the person – how the President is perceived. And it does influence how you build a character, portray a character. I mean in watching especially Ronal Reagan’s documentary, one of the things I wanted to be sure to do or hopefully will do more of is show his patriotic side. How much he loved this country. And I think sometimes you have to state that. You assume if someone’s the President that he is that and feels that way but sometimes it’s important to say. And that’s impacted by watching certain real life presidents; in this case Reagan. So it’s definitely given me more of a keen awareness, if nothing else, and interest in the world of politics and foreign affairs.

And your new book…

The last book was From Cape Town With Love and that came out already and we’ll have a new book coming out within a year called South by Southeast.

What intrigued you about The Event as an actor?

Blair Underwood: What intrigued me was the world itself and the fact that it was envisioned to be and has become a hybrid of certain genres. And many people have alluded to it being like Lost meets 24; a political thriller/science fiction even. So that was fascinating to me and to find out how to navigate through the blending of those two genres and beyond that, the character itself. I found him very fascinating in how he was initially drawn and even more so, and not only the plotline, there’s a lot of twists and turns but our characters are constantly evolving and evolving pretty rapidly right now. I feel the same way in terms of the secrecy and I just haven’t really pushed the issue and not asked too much because I kind of don’t want to know. I just want to take the ride as the character takes the ride. I fell in love with this story and these characters from the very beginning. So I’m very excited about where it’s going. But what I’m most happy about, I have to tell you, is the fact that we are – the construct of the story telling is more linear. 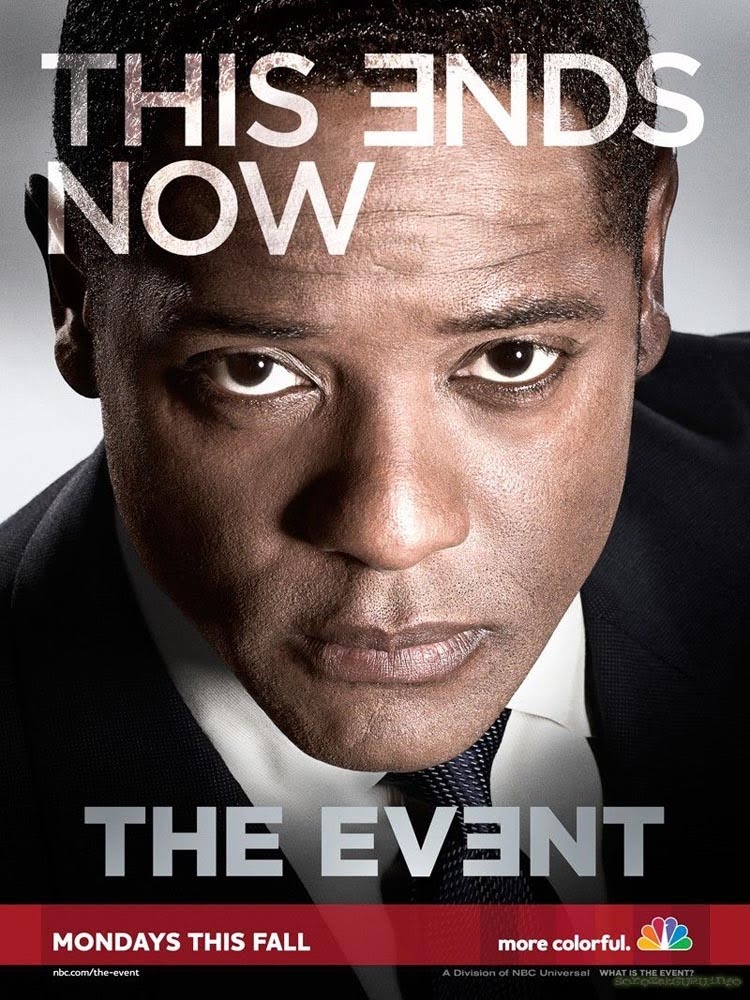 Do you find any parallels in the character and your personal life?

Blair Underwood: As the President? I guess if there are any similarities, the fact that I am a father. I am a husband. I am very much a family man and aside from that in terms of the issue and things you have to deal with and confront. Of course, there are no similarities there dealing with non-terrestrials and whatnot but that aspect of being a family man and a father and a husband, is very important to me and how President Martinez is portrayed. It’s one of the many conversations I continue to have with the writers and the producers to be sure we show that side when we can. And we are beginning to see more of that with some of these new scripts that you’ll see in the next year – because – and the next upcoming episodes because I just think it’s important just to show different dimensions of all the characters which I think they’ve by and large have done an incredible job of doing so I’m happy about that. 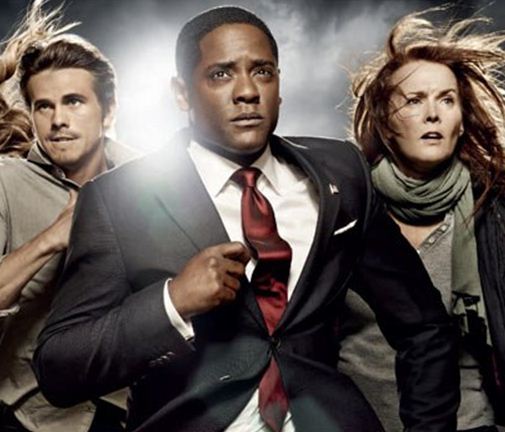 What have you found as being the biggest challenge for you to bring your character to life on the screen?

Blair Underwood: It’s a concern or a thought process – and it seems like a very simple thing but it’s to not get caught into the trap of being presidential in playing this particular character. And it can be a trap. When you start to play for results and just make him as human as possible. It’s a subtle nuance and it’s all in how you approach it but it can be a trap I think for an actor. The same way an actor tries to be intelligent or smart, it’s all playing for results and not doing that because it’s such – everybody has their idea and notion in their own heads and minds what a president should be. So in terms of that, it’s just the character – it’s other character stuff. And the writers, when we receive the scripts, they’ve done such a good job of kind of just telling and constructing the story and putting it all together.

Blair Underwood: We’ve been very fortunate to have some great directors starting with Jeffrey Reiner, our executive producer but I tell you, Janusz Kaminski, who as you said has an Oscar – he has two Oscars. He’s done most of Spielberg’s movies, if not all of them since Schindler’s List. He has an Oscar for Schindler’s List and Saving Private Ryan. And given just that whole pedigree of who he is and where he comes from, it was fascinating to watch. The fact that yes he had a certain specific look and when you see episode fifteen, you’ll probably see a different look and style to the show but it was all informed by what is the story and who are the characters and what are the characters doing at this moment. That was fascinating to watch and just personally, Janusz Kaminski, is a force of nature. Just that energy. I wish I had that much energy on any given day so it was fascinating to watch and experience.