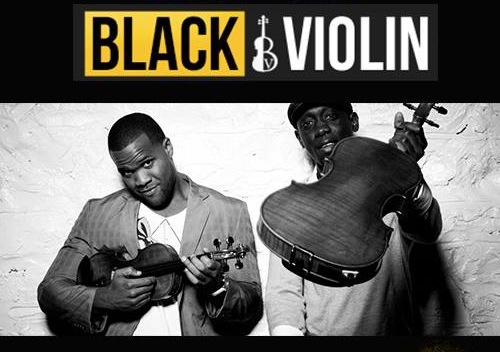 Fort Lauderdale-based hip hop group will be holding a press conference to discuss their upcoming show at The Stage Miami as well as their latest Album “Classically Trained”, upcoming studio work and touring plans. Also they will be sharing their experiences from past notable performances such as The Presidential inauguration 2013, SXSW, Bonnaroo and much more!

Who: The acclaimed and innovative Black Violin featuring Kev Marcus on violin and Wil B on viola.

What: Fort Lauderdale-based hip hop group will be holding a press conference and industry night at The
Stage Miami and showcase their talent on Sound Theory Live.

Why: Black Violin will be holding a press conference on August 8 to discuss details about their upcoming show at The Stage Miami and discuss future plans. The group will also be showcasing their music at the end of the night and will be recorded to be aired at a later date on the Miami-based Internet radio show Sound Theory Live.