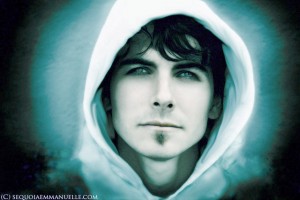 Bassnectar brings its unique hypnotic sound to the intimate Fillmore Miami Beach at the Jackie Gleason Theatre on Friday September 17th at 9PM.  This is part of the Cruzan Concert Series. VibeSquaD and Eskmo have both been added as opening support acts for the show.

By combining sound and force with weight, the Bassnectar experience engulfs the senses. It is as physical as it is auditory; the adventure has no rules, no limitations, and no hesitation in fusing the familiar with the strange or the classic with the cutting edge. Bassnectar is the brainchild of Lorin Ashton, and it exists as an open-sourced musical project that is as diverse as it is heavy, as raw as it is meticulous, and as fierce as it is imaginary. Spanning the spectrum of sonic style, the music covers every genre imaginable and smashes it all into a synthesis of intense, wobbling basslines and hypnotic soundscapes. Bassnectar energizes audiences with an experience unlike any other.

VibeSquaD, aka Aaron Holstein, is Colorado’s most beloved bass music producer/performer/innovator. His trained musical background contribute to his unique take on bass music, which carries him around the country playing packed clubs coast to coast.Since VibeSquaD’s inception in 2007, he has released three full-length albums, two previous 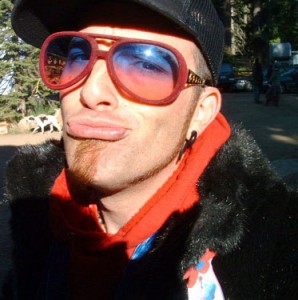 EP’s, as well as remixes and singles for Interchill, Multi Music and Proboscis. The New Creatures EP is his next release, showcasing his top-notch production skills and originality over the course of six tracks. The EP is charged with the energy and positivity that has come to define VibeSquaD’s signature sound and vibrant stage persona. www.vibesquad.com

Brendan Angelides is a San Francisco based electronic music producer who records and performs live as Eskmo. His multi-genre compositions have been featured on influential labels like Warp Records and Planet Mu (most recently having been signed to the mighty Ninja Tune). While Angelides’ tracks encompass a wide range of electronic styles, he avoids classifications. Bleep.com described his tracks as “Masterfully produced… sophisticated, post-Dilla hip-hop funk“. His last single of 2009 entitled “Let Them Sing” on Mu was met with equal praise and described by sites like Boomkat as “[Putting] Eskmo on his own electronic plateau.”In the past five years he’s released over a dozen singles and EPs while touring throughout North America and Europe. He’s also remixed works by diverse artists such as Bibio, Spor, STS9, Bear In Heaven and Bar9, to name a few. Angelides also runs the Ancestor label, which issued his “Hypercolor” and “Angus Dei” singles in 2009 to positive reviews from numerous magazines, blogs and tastemakers. Ninja Tune recording artist and film composer Amon Tobin hailed his work as “some of the best production I’ve heard in recent times.”
www.eskmo.com