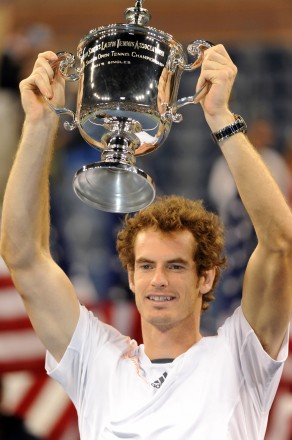 The highly anticipated competition is the first of its kind to launch in the U.S. and receives its inauguration in South Florida, featuring six of today’s top ranked ATP professionals, including an exclusive appearance by U.S. Open Champion and British Olympic Gold Medalist, Andy Murray, and French Open Champion Juan Carlos Ferrero, the former world number one player from Spain.  The tournament will also be a tribute to the iconic career of Florida resident, Andy Roddick, who will also be participating as part of his homecoming farewell tour. The “Super Six” clash of the titans will play in a double-elimination, round robin tournament format that will also feature ATP heavyweights Nicolás Almagro (ESP), Alejandro Falla (COL) and top ranked American, John Isner.   All matches played throughout the three-day tournament will take place on the stadium court at Crandon Park and will be broadcast LIVE by ESPN3.  More than 7,000 spectators are expected to attend each day.

The coveted stadium court at Crandon Park Tennis Center in Key Biscayne, Florida, home to the annual “Fifth Grand Slam,” will see a unique transformation from the traditional purple and green colors – a complete makeover that will be created especially for the Miami Tennis Cup.  Spectators will witness world-ranked players slugging it out on the first ever white stadium court, complete with red lines, painted within a blue area that will surround the court.  The first red, white and blue stadium court will be developed purposely for the three-day tournament, to commemorate the emblematic colors of our nation’s flag.

“We are pleased to announce the first annual Miami Tennis Cup, a premium and world class competition featuring today’s most exciting top-ranked players,” said Julian Wortelboer, President and CEO of Group NOS.  “We are honored to have not only some of the most iconic tennis professionals competing, but some of the most legendary individuals from the world of sport – including an Olympic Gold medal winner, a U.S. Open champion and a French Open champion.  With our introduction of the first ever stadium court in white, our signature colors will make the spectator experience unlike any other and establish Miami Tennis Cup as a must-see event each year on the world tennis calendar.”

The tournament will see all six players competing in a double-elimination tournament format within two round robin groups.  Each match will be the best of three sets.  The number one seed (Andy Murray) and number two seed (Andy Roddick) will receive an automatic bye in to the semi-final.  The remaining four players will be drawn against each other for a place in the semi-final, with the initial matches starting on stadium court at 7:00pm on Friday, November 30th.  The first semi-final match will commence on stadium court at 5:00pm on Saturday, December 1st.  The emerging winner from Sunday’s final will take the coveted title as the first ever champion of the Miami Tennis Cup, for which a cash prize and trophy will be presented on stadium court by a surprise celebrity legend from the world of tennis.

On Saturday, December 1st and Sunday, December 2nd, a USTA sanctioned 12 and Under tournament will take place, starting at 8:00am until 3:00pm, as part of a weekend-long Family Day series of fun-filled activity, taking place on courts one and two.  Parents are invited to register their kids on-site at Crandon Park Tennis Center.

To commemorate the inaugural year of the Miami Tennis Cup, additional events outside Key Biscayne will include an official VIP Dinner, followed by an invitation-only Players Party, taking place in Miami Beach at the Official Hotel for the Miami Tennis Cup, on the evening of Saturday, December 1st.