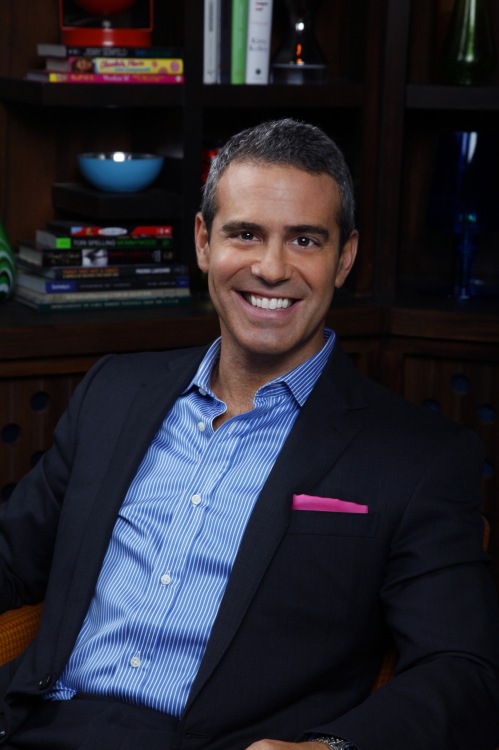 Andy Cohen, host of Bravo’s Watch What Happens: Live will co-host the 2011 Miss USA Pageant, live from the Planet Hollywood Resort and Casino in Las Vegas. The pageant will air Sunday, June 19, beginning at 9 pm Eastern Time on NBC.

Premier Guide Media caught up with Andy to discuss his role as host of the pageant.

Andy Cohen: It’s not easy. I’m lucky because I love live TV. And my show is live. And so I really just spend a few hours after work, after my day job is over, doing my live duties. So really I am from morning until night I’m focused on Bravo programming. And then I kind of after hours is when I have a little fun in the Bravo Clubhouse. The reunion shows really only wind up being seven or eight days out of the year. So far it’s okay. It can get a little hairy and a little stressful. But it’s all fun. And I happen to have two great jobs that I love very much. So I am very lucky.

How were you approached to host the Miss USA Pageant?

Andy Cohen: They asked. They just came and said do you have any interest in this? And I just thought it sounded so fun and like such a kind of an ironic pop culture twist on the kind of ringleader aspect of my job with women at Bravo. So I just thought gosh that’s just fun. And when they said Giuliana was involved I said sign me up.

The Miss USA Pageant has evolved over the years, how important do you think this platform is for women?

Andy Cohen: Well I think it’s a great opportunity. Rima was certainly a different Miss USA. She’s the first Arab American and first Muslim to be crowned Miss USA which was really exciting. And I think that as the pageant gets more modern I think it’s an opportunity for the women to have platforms to say things that maybe aren’t as traditional as they have been in the past. And so I’m looking forward to seeing, meeting the women and hearing what they have to say and what they stand for and what they are about and what they would use their year as Miss USA to represent and stand for. I haven’t met them yet. But I certainly think it’s a great opportunity to say something and represent something and put something out there that is different and challenging. And hopefully the judges will agree with me and they will kind of embrace something modern and new.

What will you bring as host to the pageant?

Andy Cohen: I will bring my personality and sensibilities to it and see if combust along the way. I’m just going to bring my late night vibe to prime time. And I just am going to go with it. It’s all about the attitude. And I’m just excited.

Will you be sober for the show?

Andy Cohen: I will be sober for the broadcast so that will be a new twist. And I’m actually going to be broadcasting my show, Watch What Happens: Live, from Vegas directly following the pageant on Bravo. So I’m going to go from one show right to the other. So hopefully it will be a seamless 2-1/2 hours that will just be nothing but fun.

Andy Cohen: I hosted a Q&A with him in Vegas a few years ago. And the thing that I found amusing and that I liked about him was that I found that you really can ask him anything and he’ll answer it.  So I found that quite entertaining.

Do you usually watch the pageant every year?

Andy Cohen: I try to.

What are you looking forward to as hosts?
Andy Cohen: I’m just looking forward to it all–  look I love sparkly things. I love beautiful women. I love watching Giuliana. So right there that’s kind of three just things that I want – that I’m going to have a front row seat to. I love a competition, so I’m just going to be invested in the competition and seeing these women and getting to know them a little bit and seeing one of them make it to the top and have her dream come true. It’s just – it’s exciting, fun.

Will you have any interaction with the contestants?

Andy Cohen: I know that we’ll be around the women. And we’re not judges so that’s kind of a great thing. I think that that might allow us to get to know them a little bit.

So what will you be doing during rehearsal?

Andy Cohen: I think it’s really about blocking and staging and where everybody needs to be. There is a lot of moving parts. It is a two hour live show, 51 women. There is a lot of personality and moving pieces on that stage. So I think that’s really what it is. And in terms of what happens, it’s all live. And the other cool thing is that for the first time ever the fans are going to be able to vote their favorite contestant into the semifinals online during the show. So I mean it is happening now through just before the show starts. And so that is cool. That’s a cool new twist I think.

What do you make of pageants?

Andy Cohen: I think that they fun. It’s fun to watch. The whole process of watching a field of 51 women being narrowed down in different rounds and different competitions, it’s just fun. The women are beautiful. It’s sparkly, it’s glittery, it’s entertaining, and someone ends the night winning this big prize package. And so it’s just a format that works and works and is tried and true. So I think it’s actually pretty simple.

Do you have a mazel for the pageant?

Andy Cohen: I don’t. People should just beware in Las Vegas, because I have my antenna up. I think that it will be a mazel-filled weekend.

Which of the housewives is a pageant chic?

Andy Cohen: Gretchen Rossi from the Orange County Housewives. She was on a tear at the OC Reunion because her costar Alexis has said that she doesn’t think that a woman should be President. She is more comfortable with a man President. And so I asked Gretchen what she thought. And she was giving her answer which she thinks women can do anything or whatever. And I looked at her and I said, oh my God, you are so pageant right now. She looks like Miss Texas. She looks like the ultimate Miss Texas to me or Miss California. She has got the hair. She’s got the body. She’s got the attitude. I just think she could take it to the end.

Any chance of a pageant for the housewives?

Andy Cohen: Gosh well I mean I would like to do maybe the Ultimate Housewife Pageant. I think that would be fun, just throw all the housewives up on a stage and whittle it down. I would actually quite enjoy that. I think we just spitballed ourselves into a great idea. It might be a little shark jumpy but I like it. I’m going to think about it.