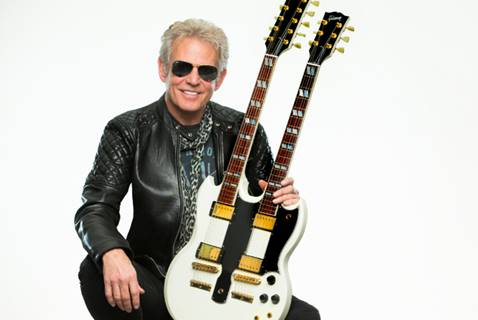 Seminole Casino Coconut Creek will host An Evening With Don Felder in The Pavilion on Friday, August 2, at 8 p.m.

Tickets priced at $25/$35/$45 per person are on sale now via Ticketmaster locations, online at Ticketmaster.com, or by calling 800-653-8000. The Pavilion box office will also open at 1 p.m. on the day of the show for on-site ticket purchases and will-call pickup.

Felder, formerly of the Eagles, is considered a true American rock and roll guitar hero. To that end, he finds himself most decidedly back in the driver’s seat with the recent release of his first solo album in seven years, American Rock ‘N’ Roll.

He spent 27 years with the Eagles, who have sold over 150 million albums worldwide to date and own the distinction of recording the top-selling album of all time – Their Greatest Hits (1971-1975).

Felder left the band in 2001 and has since forged an impressive career as a top-tier solo artist. Additionally, he added “best-selling author” to his impressiverésumé in 2008 with his memoir, Heaven and Hell: My Life in the Eagles (1974-2001), which became an instant New York Times smash.

In addition to his musical proficiency, Felder is most proud of his ongoing charity work with such organizations as the Starkey Hearing Foundation, the Ruck ‘N’ Roll Charity Ball in Hong Kong and Autism Speaks.