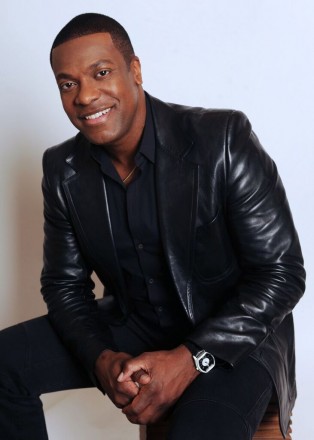 Tucker is an international award-winning actor and comedian best known for playing the role of Detective James Carter in the “Rush Hour” film series. He became a favorite on “Russell Simmons’ HBO Def Comedy Jam” in the ‘90s and came to prominence in his first starring role, the 1995 film cult classic “Friday” starring alongside Ice Cube. In 1997, Tucker was an executive producer and co-starred in the hit movie “Money Talks” with Charlie Sheen and then appeared in Luc Besson’s “The Fifth Element.”

In 2006, Tucker negotiated an unprecedented $25 million salary to appear in “Rush Hour 3,” which at the time, made him the highest paid actor in Hollywood. He also co-starred in the 2013 Oscar-nominated film “Silver Linings Playbook.” To date, Tucker has starred in films that have collectively grossed more than $1 billion in box office sales worldwide.

Tucker’s latest project, “Chris Tucker Live,” was released in July 2015 exclusively on Netflix and marks the first project that Tucker has starred in and produced through his own company Chris Tucker Entertainment.

Outside of comedy, Tucker is a dedicated humanitarian and spends much of his spare time traveling around the world doing philanthropic work through the Chris Tucker Foundation.

Tickets cost $70, $60 and $50.* All seats are reserved and available at all Ticketmaster outlets online at www.myhrl.com, www.ticketmaster.com or charge by phone: 1-800-745-3000. Doors open one hour prior to show start time. *Additional fees may apply. This show is for mature audiences only.