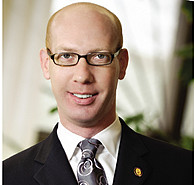 Four Seasons Miami will host its first-ever, virtual event: a wine tasting on #WineWednesday, November 17, 2010.   This new kind of event will bring  together wine lovers in a twitter-based wine tasting led by three of Four Seasons’ top sommeliers in the United States, Mark Sayre, one of Wine & Spirits magazine’s “7 Best New Sommeliers of 2010;” James Tidwell, co-founder and current head of the Texas Sommelier Association;  and Dana Farner, recognized as “one of the best around” by Bon Appétit magazine.

Wine lovers of every type are invited to join the discussion two ways: