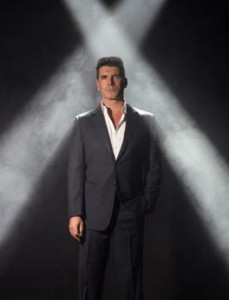 The exciting new competition series is looking for talent young and old alike – with no upper age limit. THE X FACTOR judges will travel the nation searching for undiscovered talent 12 years old or over – both solo artists and vocal groups – who are willing to brave the panel for a chance to make their dreams come true.

In a departure from other singing competition series, the first time a contestant auditions for the judges, he/she will do so in front of an audience of thousands – raising the stakes and increasing the pressure to impress not only the judges, but also a potential legion of fans. This will be the ultimate test to prove they have the vocal ability, charisma and stage presence that it takes to become a global superstar and win an unprecedented $5 million recording contract with Syco/Sony Music.

THE X FACTOR audition cities, dates and venue information are as follows:

Wristbands must be obtained from the venue the day prior to auditions. Additional audition details, including eligibility requirements, are available at www.fox.com/theXfactor. Hopefuls should check back regularly for updated information, rules and registration forms.

Full details regarding the Los Angeles auditions can be found below. Specific information on the subsequent audition cities will be announced shortly.

WHO:              Singers and vocal groups 12 years of age or older as of March 1, 2011, who are legal U.S. citizens or eligible to work in the U.S. and do not currently have a music recording contract. Some restrictions apply; please visit www.fox.com/theXfactor for specific information.

WHERE: The L.A. Sports Arena

HOW: Wristbands will be distributed from approximately 6:00 AM on Saturday, March 26 until approximately 6:00 AM on Sunday, March 27. Auditioners will not be permitted to camp out. Once auditioners obtain their wristbands, they will be asked to return to the L.A. Sports Arena by 8:00 AM on Sunday, March 27. Please bring legal photo identification. Any auditioner under 18 years old must be accompanied by his/her parent or legal guardian.

As previously announced, Pepsi will serve as an official sponsor of THE X FACTOR. The comprehensive sponsorship includes an extensive, multi-platform off-air marketing partnership; weekly in-show integrations and placements; and an immersive content experience online.