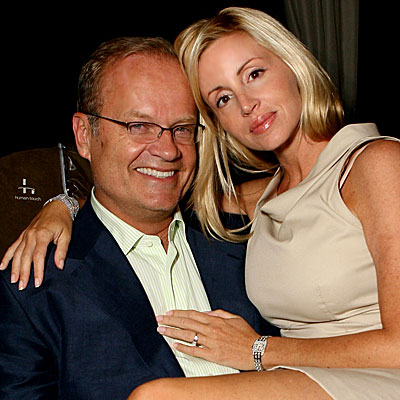 ‘The Wendy Williams Show’ (nationally syndicated, check your local listings) is back with new episodes beginning Monday, January 10. The daytime talker kicks off the new year with a bang when headline making ‘Real Housewives of Beverly Hills’ star Camille Grammer sits down for a candid interview to set the record straight on her marriage to estranged husband Kelsey Grammer and her recent controversy with Bravo. In addition, Tia Mowry, Coby Bell, Hosea Chanchez, Pooch Hall and Wendy Raquel Robinson, stars of the hit BET series ‘The Game’ stop by.

MONDAY, JANUARY 10
*Camille Grammer, star of ‘Real Housewives of Beverly Hills’ opens up about her divorce and recent headlines.

* Making headlines when he left the priesthood to get married, former Roman Catholic priest Father Albert Cutié stops by to discuss his new book ‘Dilemma.’

WEDNESDAY, JANUARY 12
*Suzanne Somers dishes on her new book ‘Sexy Forever: How To Fight Fat After 40.’

* Olympic ice-skater, reality star and ‘Skating With the Stars’ judge Johnny Weir talks about his new book ‘Welcome To My World.’

* Actor Terry Crews stops by to discuss season two of his hit TBS sitcom ‘Are We There Yet?’

FRIDAY, JANUARY 14
* ‘Jersey Shore’ star Mike ‘The Situation’ Sorrentino dishes on the highly anticipated third season of the MTV cult phenomenon and his new book ‘Here’s The Situation: A Guide To Creeping On Chicks, Avoiding Grenades And Getting Your GTL On The Jersey Shore.’

* Former ‘The Fresh Prince of Bel-Air’ cutie Tatyana Ali chats about her TV One series ‘Love That Girl!’

MONDAY, JANUARY 17
* ‘Jersey Shore’ star Nicole ‘Snooki’ Polizzi stops by to dish on the highly anticipated third season of the MTV cult phenomenon and her new book ‘A Shore Thing.’

* Tune-in as the newly crowned Miss America 2011 stops by.

*Tune-in to catch the latest in faux fur fashions this season.