The One and Only ORSON WELLES 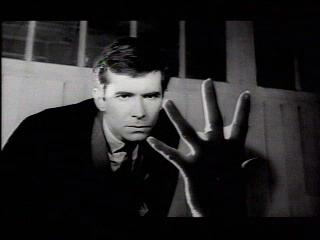 Orson Welles’s 1962 take on Franz Kafka’s nightmare comedy stars Anthony Perkins as a twitchy K, a man accused of a crime that is never specified. Beginning with an unexpected prologue in which Welles, in voiceover, tells a haunting parable while we look at artwork by pioneer pinscreen animators Claire Parker and Alexandre Alexeieff, The Trial is one surprising and visually startling chapter after another. The sense of an unrelieved, labyrinthine passage through an incoherent world–in which a very real but determinedly unclear guilt dogs poor K–is merciless but compelling to see, and resonates profoundly with Welles’s obsession with the power and nature of illusion. -Tom Keogh