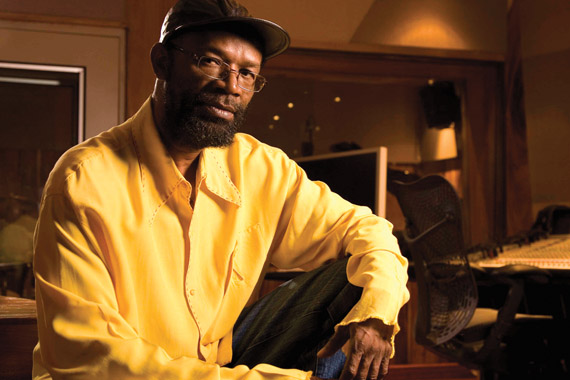 The soulful and rhythmic sounds of Jamaica’s Beres Hammond and Inner Circle come to Hard Rock Live at the Seminole Hard Rock Hotel & Casino on July 23 at 7:30 p.m.  Tickets go on sale Friday, March 12 at noon.

For the past thirty-five years, the music of Hugh Beresford “Beres” Hammond has enchanted audiences throughout the world.

The ninth of ten children born in Jamaica, Hammond spent time as a boy listening to recordings of Sam Cooke, Marvin Gaye and Otis Redding as well as Jamaican greats as Leroy Sibbles, lead singer of the Heptones, Ken Boothe and legendary singer Alton Ellis. After high school, he entered several local talent shows including the Merritone Amateur Talent Contest, where several reggae stars including vocal trio The Mighty Diamonds, Sugar Minott and the late Jacob ‘Killer’ Miller also got their starts. He joined the fusion band Zap Pow as lead singer in 1975 and remained with them for four years.

In 1976, he struck out on his own and released Soul Reggae. His subsequent single “One Step Ahead,” held the number one spot on the Jamaican charts for three and a half months. Despite the popularity of his music, Hammond failed to reap any financial rewards. Frustrated, he dropped out of the music business, then regrouped and formed his own record label/production company, Harmony House in the early 80s. Harmony House’s debut single “Groovy Little Thing” marked the first profit for him.  It was followed by a succession of hit singles recorded for various Jamaican producers including 1987’s “What One Dance Can Do” and Hammond’s own “She Loves Me Now.” Further acclaim arrived in 1990 with chart hits by Buju Banton, Wayne Wonder and others. “Tempted to Touch” shot to the top of reggae charts around the world, as did the ensuing hits “Is This A Sign,” “Respect To You Baby” and “Feeling Lonely,” all featured on A Love Affair.  In 1992, Hammond released the single “Fire.” It received critical acclaim within the Reggae music industry and it was an extremely sought after 7″ single. In 1994, he released In Control that yielded the R&B flavored single “No Disturb Sign.” His first album of the new millennium was 2001’s Music Is Life, which featured an appearance by Wyclef Jean, and contributions from Earl “Chinna” Smith and Flourgon, received a Grammy nomination.

Grammy-winning quintet Inner Circle may be best known for “Bad Boys,” a ubiquitous crossover hit thanks to its use as the theme song for the long-running Fox TV reality series, Cops. But, the band had a lengthy history prior to its international breakthrough.

Inner Circle hit the big time in Jamaica during the ’70s as a danceable yet rootsy Rastafarian reggae outfit, fronted by the charismatic singer Jacob Miller. Hits included “Tenement Yard,” “Forward Jah Jah Children,” “Tired Fe Lick Weed in a Bush,” and “All Night Till Daylight.”  Reggae Thing (1976) and Ready for the World (1977) soon followed and the group also recorded with disco stars KC & the Sunshine Band. Their 1979 label debut, Everything Is Great, was a hit in Europe, and the disco-tinged title track made the U.K. Top 20 and the French Top Ten. Several more singles, including “Stop Breaking My Heart,” “Mary, Mary,” and “Music Machine,” helped consolidate their success. At the peak of their early popularity in Jamaica, Inner Circle performed at the legendary One Love Peace Concert in 1978, along with Bob Marley and many others.

Miller’s tragic death in a car accident in 1980 put the group on hiatus for several years, and when they finally regrouped in the mid-’80s, they began to temper their rootsiness with elements of pop, R&B, and dancehall. Originally recorded in 1987, “Bad Boys” became a worldwide smash in the early ’90s, and the group soldiered on into the new millennium amid several personnel changes.

In 1995, “Bad Boys” was again used as a title song, this time for the Will Smith/Martin Lawrence action comedy of the same name. Da Bomb (1997) was released in America in a slightly reconfigured version titled Speak My Language and Big Tings was released in 2000.

A rising star in reggae music, the talented Lenya Wilks will also perform at the show including her popular hit “Fly”.

Tickets cost $75, $55 & 35.* All seats are reserved and available at the Hard Rock Live Box Office, open Monday – Saturday from noon to 7pm and on Sunday – only open on event days at noon. Tickets also are available at all Ticketmaster outlets online at www.ticketmaster.com or charge by phone: 1-800-745-3000. Doors open one-hour prior to show start time. *Additional fees may apply.