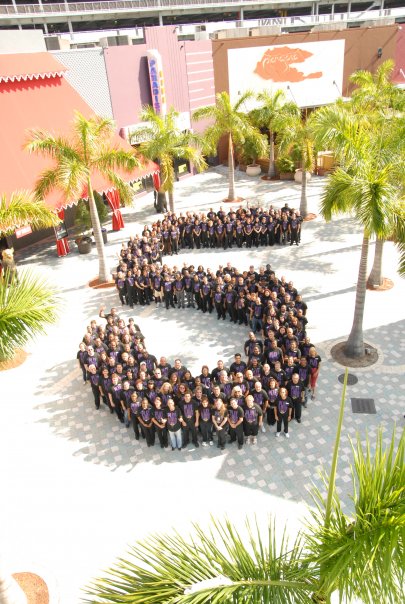 The Seminole Hard Rock Hotel & Casino – Hollywood celebrated its 5th Anniversary with a ceremonial guitar smash and cake cutting on Monday, May 11.

On hand presiding over the celebration were Tribal Council members Richard Bowers, Jr., Max Osceola and David Cypress along with CEO of Seminole Gaming James Allen and President of the Seminole Hard Rock Hotel & Casino, Phil Madow. At the ceremony Phil Madow presented the Tribal Council with commemorative guitars to mark the occasion.

In honor of the 5th Anniversary, the Seminole Hard Rock Hotel & Casino offered several $5 food and drink specials, $5 Extra Free Slot Play to New Seminole Player’s Club signups, had a 5x points giveaway to slot players and brought back the much heralded $5 Million Cash Display where Seminole Player’s Club members have the opportunity to win $1 million by swiping their cards at one of five kiosk until May 16.